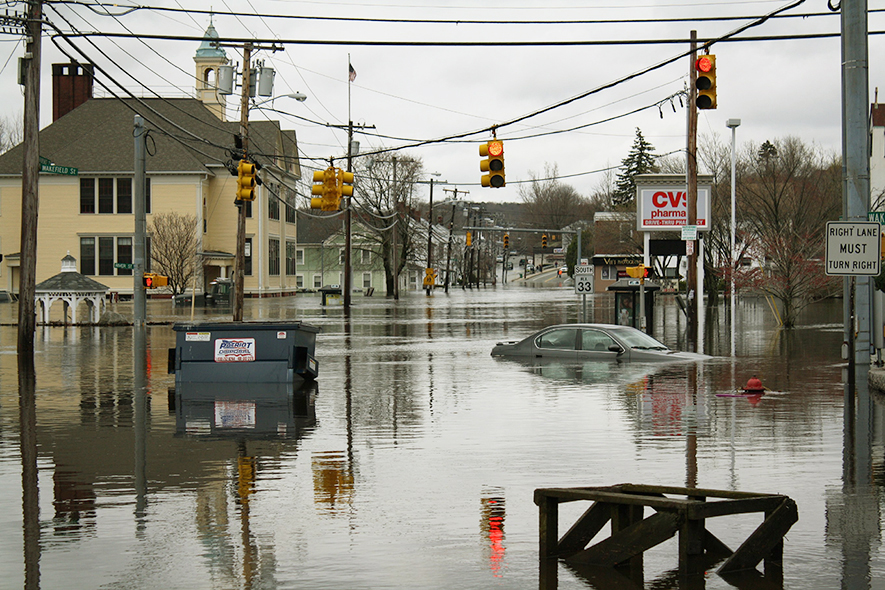 It is time to start talking about our hidden infrastructure (and unhiding some if it, too)

For the last few months, all anyone has been able to talk about here in Rhode Island is infrastructure. It has been the unlikely topic du jour throughout the entire current legislative session, mainly because everyone from state leaders to nonpartisan think tanks has identified the state’s historic lack of investment in infrastructure as a barrier to economic growth.

Much of the brouhaha has stemmed from stark disagreements about how to pay for these desperately-needed infrastructure repairs and upgrades. The debate reached a fever pitch just a few weeks ago when the General Assembly quickly debated, passed, and sent to the governor’s desk a bill that would generate revenue for repairs to Rhode Island’s crumbling bridges and roads by levying tolls on large trucks that passed through the state.

Decisionmakers have touted the program as a win for Rhode Island’s economy—once we are able to address our infrastructure woes, the thinking is, we will be able to start growing again.

But roads and bridges are only half the story.

There is more to infrastructure than just the stuff we can see, and those hidden systems are just as critical to our way of life as our transportation network. Unfortunately, they are largely ignored in public discussions about infrastructure. This is especially true for our combined stormwater and sewer systems.

The average Rhode Islander does not generally think about what she cannot see. She sees the pothole in the road and the detour around a structurally deficient bridge.

She does not see, however, what happens to the stormwater generated during a rain event once it disappears into a storm drain and is whisked away into the nether. She not think about wastewater once it drains down the sink, tub, or and toilet.

The only time we think about these systems is when the fail and adversely affect our lives. The impacts can be minimal, such as a beach closure due to the presence of bacteria in the water from a sewer failure or overflow.

But they can also be massive and life-altering, like in 2010 when Rhode Island was hit with a record rainfall that inundated the stormwater system. Massive amounts of rain fell and flowed into storm drains. This volume and velocity of the runoff was exacerbated by the dense concentration of impervious surfaces in developed parts of the state and was far greater than the stormwater system could handle. As a result, infrastructure broke down and waterways crested well above flood stage far faster than anyone had ever anticipated. Homes and businesses were flooded and damaged beyond repair, roads and bridges were washed out, and parts of the state were shut down for weeks. Damages across the region were estimated at more than $300 million, not to mention the costs from lost economic productivity.

In Rhode Island we have an aging, hidden infrastructure system that is inadequate for handling our needs now, let alone future growth. We also have a high concentration of impervious surfaces—parking lots buildings, roads—that move stormwater faster and in greater volumes than natural surfaces and hold pollutants that are picked up by runoff and conveyed into our water bodies. Throw in the wrench of climate change, which brings increasingly intense storm events and rising sea levels, and we have a recipe for disaster.

Addressing this massive policy problem will take careful planning by state and local leaders. It means repairing and modernizing our storm sewer system. It means rethinking how we develop and redevelop our communities. It means coming up with a sustainable financing mechanism to pay for it all. And it will take time.

And we can start now. The Rhode Island Green Infrastructure Coalition is working to incorporate green infrastructure projects as a means of stormwater management at the state and local levels.

Green infrastructure projects range in size and type, but all are meant to allow stormwater to be collected and infiltrate into the ground, slowing the volume and velocity of runoff and allowing pollutants to be naturally filtered out of the water cycle. As a result, flooding risks decrease, downstream water quality improves, and the burden on traditional stormwater conveyance systems is reduced.

When designed properly and maintained regularly, green infrastructure projects are remarkably effective at mitigating polluted runoff. They are also far more cost efficient than traditional “gray” infrastructure. They’re also a heck of a lot nicer to look at and can provide habitat for wildlife, particularly in urban settings. Finally, they are visible, not hidden, and can really engage and connect people to their watershed.

It will take time to incorporate these types of projects into stormwater management plans. It will also take buy-in and leadership from local officials and program managers, and most importantly, it will take dedicated funding.

The renewed focus on infrastructure by our state leaders is great, but that focus needs to be directed below the ground as well as above it. All of the shiny new roads and bridges won’t make a lick of difference if they are built in parts of the state that flood every time it rains or provide access to beaches along our shoreline that are closed because the water is polluted.