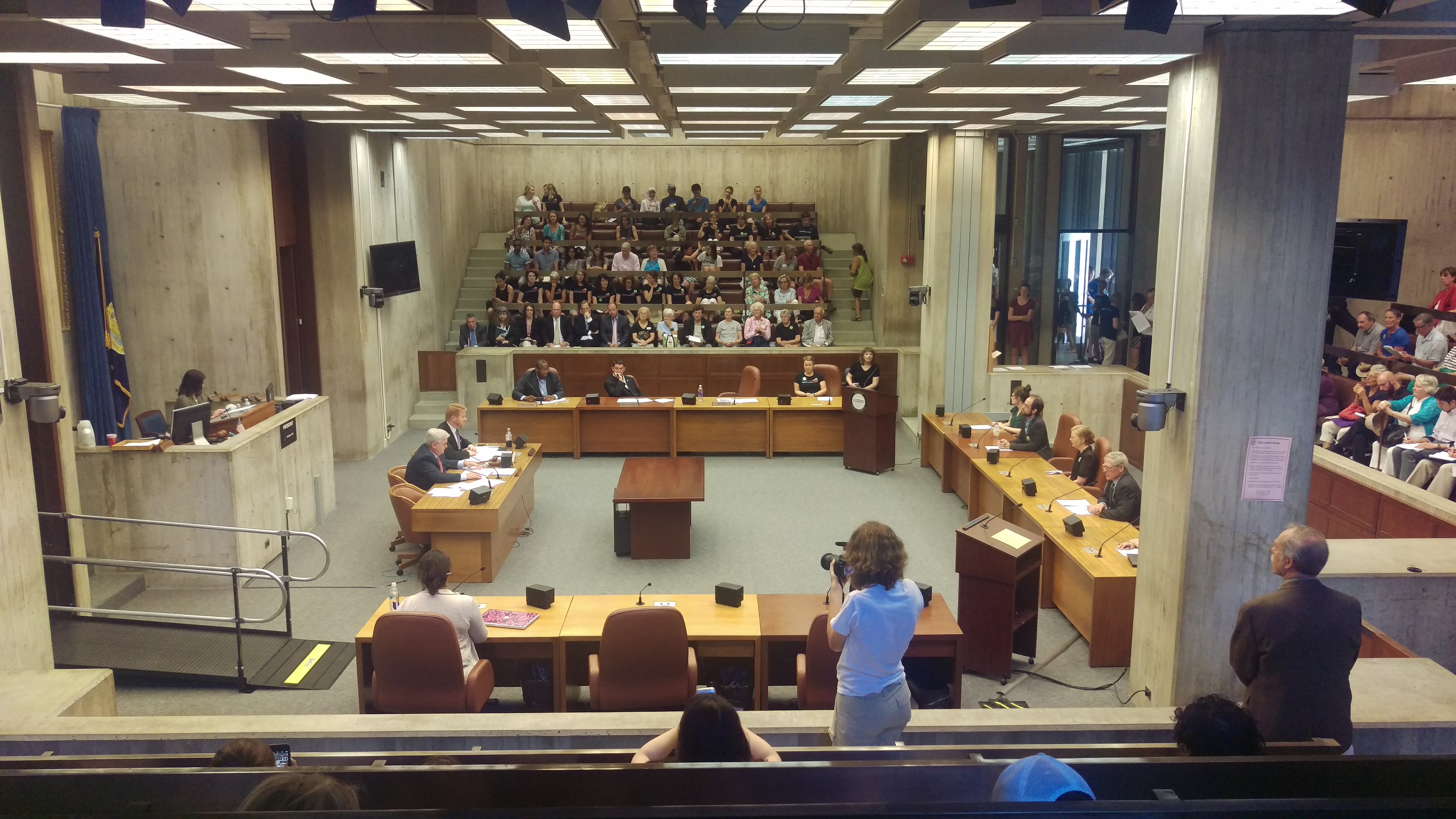 Growing Pressure From the Ground Up to Fix Gas Leaks

I have spent a lot of time running around the Massachusetts State House, especially with the impending omnibus energy bill. But while I love the gold dome, bustling House and Senate chambers, and meaningful legislative work, Boston City Hall has something greater: City Hall Daycare and my 19-month-old nephew. Although less adorable, City Hall also has a spacious City Council chamber, which recently held a hearing on a proposed gas leaks ordinance, co-chaired by Councilor O’Malley and Councilor Flaherty.

It was fortunate that the chambers are so large, as there was a strong showing, including a huge delegation from Mothers Out Front, different groups from the Green Justice Coalition, and even Margaret Hendrick, the lead author of a gas leaks study published in Environmental Pollution. These parties and other various stakeholders gathered to share their points on the gas leaks ordinance. Notably, the ordinance would require utility companies to fix all gas leaks in Boston within 6 years, prioritizing high-volume “superemitter” leaks and promoting greater transparency in mapping gas leaks.

Those in support of the ordinance delineated the various facets of gas leaks for the councilors, including health risks, the potent effect of methane on climate, the disproportionate emissions from superemitters, the cost to consumers who pay for lost gas, and expensive tree damage in the city. Further testimonies highlighted the missing leaks from reports released by the utility companies and the difficulty in measuring gas leaks, especially through a driving survey. Clean Water Action’s Joel Wool explained the widespread support of gas leaks resolutions throughout the state, and the current bipartisan support of gas leaks legislation on Beacon Hill.

In contrast to the testimonies of various advocates for gas leak repairs were the testimonies of the representatives of National Grid and Eversource. Perhaps unsurprisingly, their main argument was that the cost of repairing leaks outweighed the price of any lost gas. The gas companies also argued that repairing a gas leak would trigger a leak in the next vulnerable spot and that gas leaks sometimes disappear (in response to accusations of dropped gas leaks). However, I was very surprised when Amy Smith of National Grid readily admitted that the consumers pay for lost gas, not the utility companies. In a more positive revelation, National Grid did commit to targeting non-hazardous superemitters and releasing gas leaks mapping features.

With the exceptions of the testimonies from National Grid and Eversouce, there was a lot of support for this new ordinance. One note of concern expressed related reforms, absent in city or state policies, regarding workers’ safety and support for union workers. Darlene from Community Labor United and Joe Kirylo from the USW12003 did testify about the imperative of using seasoned, professional workers and of enacting further worker safety measures. Let’s hope the energy bill at the State House passes with pieces on both worker safety and union support.

I used to assume that only the White House and Capitol Hill did work to change lives. And so far, my work at Clean Water has focused on the state legislature. However, this ordinance has been an exemplar of how local government is just as important in getting things done and building popular support for policy change.