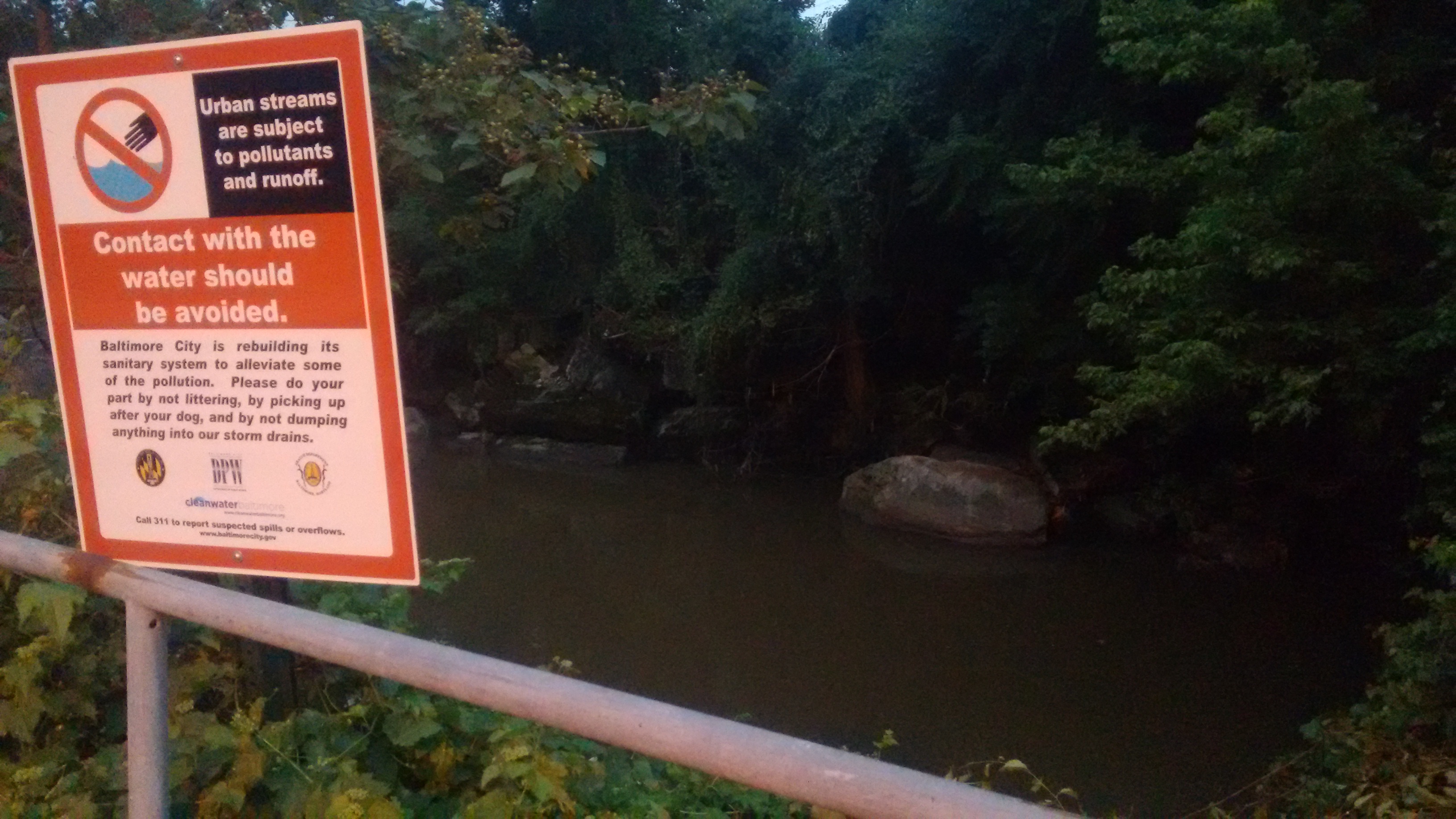 When Baltimore City’s sewer system was first installed in 1909, it was considered cutting edge technology. Now, after over a century of neglect, it is undersized and outdated, and has led to raw sewage flowing into the city’s waterways and flooding residents’ basements. After the powerful storm that hit the Baltimore area last Saturday, the city’s department of public works announced that almost 6 million gallons of sewage were discharged into local streams, staining the Jones Falls river brown and further contaminating the city’s already polluted waterways, which continue to receive failing grades from the Baltimore Healthy Harbor Initiative year after year.

After being sued by the EPA and the Maryland Department of the Environment in 2002 for its repeated sewage overflows, Baltimore signed a consent decree that same year agreeing to conduct a system-wide program fix its outdated system. The decree allowed for the city to be fined up to $15,000 every time a sewage discharge occurred and required illegal discharges to be stopped by January 2016, but Baltimore failed to meet that deadline. Now, without written explanation, the EPA has given the city until 2033 to complete the repairs, meaning residents can expect to endure raw sewage flowing through their neighborhoods and into their homes for another 16 years.

The public comment period on the revised consent decree ends today. Clean Water Action, alongside Blue Water Baltimore and the Environmental Integrity Project, has been reaching out over the past few weeks to community associations and other groups across the city. We’ve been asking for support for a letter outlining the fundamental ways in which we feel the EPA’s decision fails to provide the relief that Baltimore residents deserve. As stated in the letter, we believe the city should be required to:

With a total of 1,239 individuals (including 784 city residents and 35 environmental/community/health groups) signed on, we submitted the letter to the EPA and the Maryland Department of the Environment for review. We’ve also called on those agencies to schedule a follow up meeting for the public, similar to the one that was held in June, to further discuss and negotiate these important concerns. We’ll be posting the date, time, and location of the meeting as soon as EPA and MDE get back to us, and we encourage everyone to attend and share your voice!