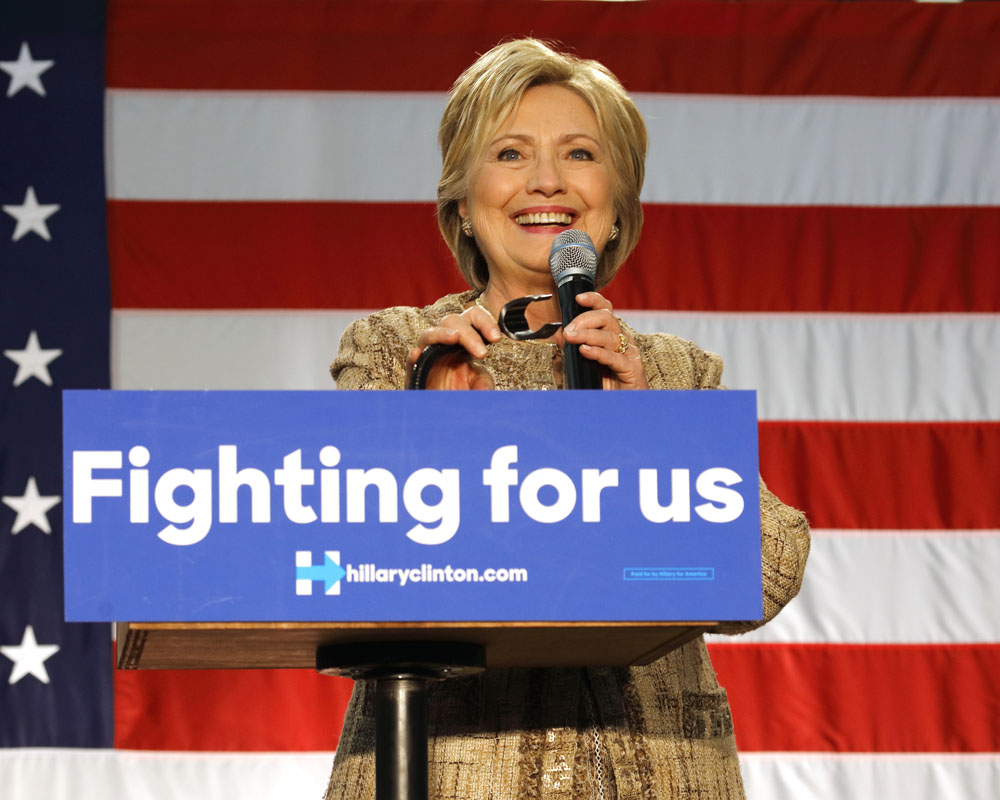 A Candidate for President, Standing for Water

We think a lot about these two laws. Together they represent the vision that we should act like  water matters. That we ought to end pollution into our nation’s water bodies. That what comes out of the tap should be safe to drink.

The U.S. Environmental Protection Agency (EPA) faces uphill battles to implement these laws, especially when some in the U.S. Congress appear devoted to rolling back progress every step of the way. So it’s refreshing to see one Presidential candidate not just pay lip service to water but to go on record about policy details at the heart of our national campaigns.

Last week, Secretary Clinton said she supports a recent EPA/Army Corps of Engineers rule that clarifies which bodies of water are covered by the Clean Water Act. Powerful special interests have worked ever since the Act passed in 1972 to limit its scope. The Bush Administration muddied the waters with confusing policy changes. Congressional solutions could never be won. The Obama Administration took it on and in 2015 finalized the “Clean Water Rule” to clarify the “Definition of Waters of the United States.” But the story does not end there.  The “Clean Water Rule” is stayed by courts and it remains a popular target of anti-regulatory forces in Congress.

It’s important that Secretary Clinton has spoken out. The bodies of water in question are small streams and wetlands that feed larger bodies of water, many of which are drinking water sources. While drinking water isn’t the only thing at risk here, this Rule makes the drinking water sources for over 117 million American’s less vulnerable that it is today. It’s easy to think of a wetland as a landscape feature, but wetlands and streams are vital parts of our nation’s water infrastructure. They filter pollutants out before they can get downstream. They prevent flooding. They provide critical habitat for fish and wildlife.  Clarifying that we need to protect this water should not be a debate. The Clean Water Rule should not be stayed by courts not under attack in Congress.

It bears mentioning that Donald Trump, the other major candidate for President, has announced he opposes the Clean Water Rule.

Also last week, Secretary Clinton’s staff repeated her support for lifting a controversial Safe Drinking Water Act exemption for hydraulic fracturing, a prevalent means of oil and gas drilling and extraction that has raised enormous concerns about water impacts and numerous other problems. The Safe Drinking Water Act’s “Underground Injection Control” program requires a permit for any oil and gas extraction that involves injecting something into the ground. Hydraulic fracturing does involve injection, but in 2005 Congress exempted it from these requirements. There’s nothing inherent in this technology that makes it less of a risk to underground sources of drinking water, which is the whole point of the permits in the first place.  The so-called “Halliburton Exemption” creates a glaring loophole when it comes to protecting underground drinking water sources, and the case for the exemption has not been made.  I’m glad to see Secretary Clinton standing up for the integrity of the Safe Drinking Water Act.

As my colleague John Noel said in and E and E News article, "It should not be anyone's job to dilute protections," Noël said, just to "accommodate the industry's schedule."

If you’re as glad as I am about our endorsement of Secretary Clinton, and her support for policies at the heart of our national Clean Water Act and Safe Drinking Water Act programs, consider donating here.