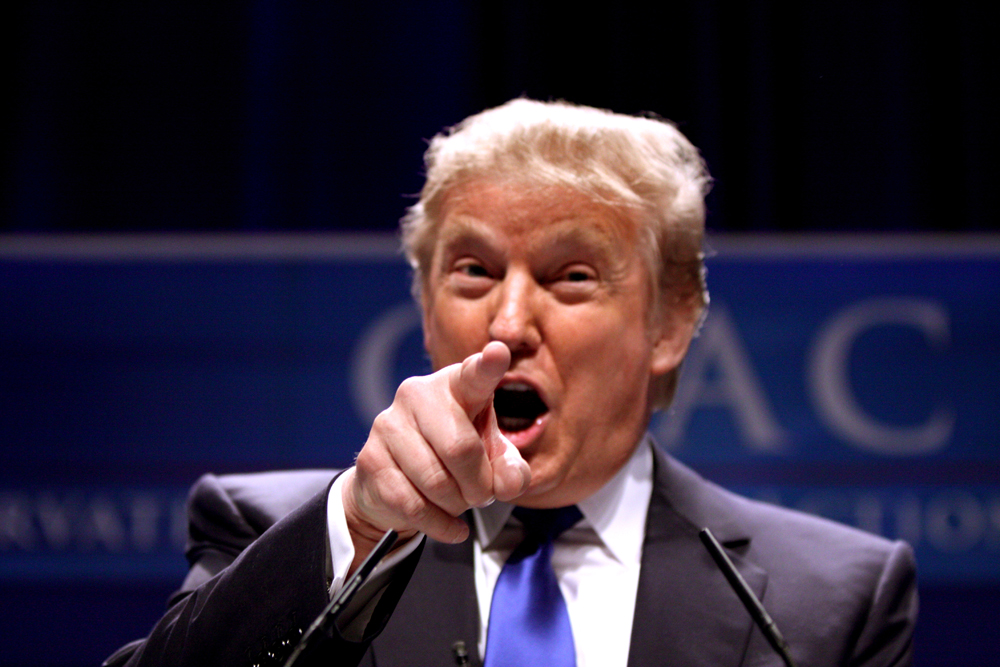 Donald Trump publically shuns a “rigged system” and the “establishment.” But when it comes to assembling his team of advisors and the personnel he wants to lead government agencies under his administration, he has fully bought into the D.C. energy lobbyist establishment and policies from dark money think tanks.

Taken together Trump’s energy and environment staff picks make up a fringe group that advocates for policies like bringing back the coal industry and expanding shale gas production (market competitors) at the same time. No one is quite clear how this would work.

The worldview crafted by this team of advisors and future cabinet members is like an alternate reality. It’s a vision for a world unencumbered by the science of climate change, public health safeguards, public accountability, and financial transparency. Yet, this could be our future.

To prepare for the presidential transition process, each campaign assembles its own transition teams. One major job of the transition team is to put together a list of possible candidates for government appointments and agency directors. There are roughly 4,000 politically appointed positions for a new administration to fill.

The larger transition team is divided into separate teams to focus on staffing specific agencies like the Department of Energy and Environmental Protection Agency.

The Trump campaign recently picked Michael Cantazaro to lead its energy transition team. Cantazaro formerly worked at the lobbying firm CGGN with a full roster of polluting clients, including Koch Industries, Halliburton, Hess Corporation, and EnCana Oil & Gas. Although the Koch brothers have publically said they will not engage in the presidential election, their organization’s tentacles still reach some of the highest levels of Trump’s staff.

Trump signaled his full embrace of burning all the oil and natural gas under our feet by picking Continental Resources’ billionaire CEO Harold Hamm to run the Department of Energy. This is the guy who developed modern fracking and unleashed the oil boom (and now bust) in North Dakota.

Next, to lead the Environmental Protection Agency (EPA) transition team is Myron Ebell. Almost 20 years ago Ebell teamed up with the American Petroleum Institute, Exxon Mobil, and other companies to literally write the book on climate denial. The group’s purpose was to convince “a majority of the American public” that “significant uncertainties exist in climate science.” He is a real denier’s denier.

Ebell spent the next two decades decrying the scientific consensus around global warming, advocating for opening up more federal lands for oil and gas development, and recently urged the U.S. to not sign the Paris climate agreement. As head of Trump’s EPA transition team, Ebell recently recommended another famous climate denier, Kathleen Hartnett White, to run the EPA.

White works at the Texas Public Policy Foundation, whose mission includes advocating for the “moral case for fossil fuels” and to end regulation around carbon dioxide. The organization also happens to be funded by major fossil fuels interests like Exxon Mobil, Heartland Institute and the Charles G. Koch Foundation. Who could have guessed!

We can only imagine the regressive environmental policy that would originate in an EPA run by a polluter-backed Administrator with tunnel vision for a future powered by the fuels of yesterday.

The rest of Trump’s energy advisors include former staffers to the top brass of climate deniers in Congress like James Inhofe, Jeff Sessions, and Michelle Bachman. They have a long list of mega-polluters as lobbying clients such as coal giant Murray Energy, Devon Energy, Southern Company, and of course, Koch Industries.

Donald Trump’s views on climate change, environmental protection, and energy policy are as backward as they get, but equally as disturbing is that he is surrounding himself with people who believe in the same things he tweets. This is the staff that could help craft and implement Trump’s policies.