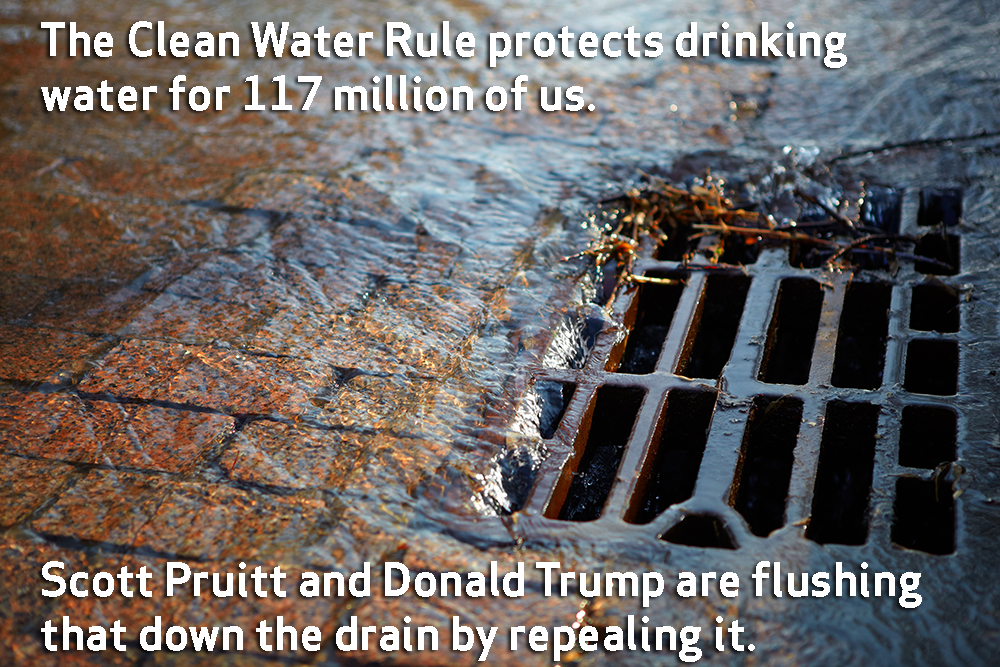 We knew this day was coming. Scott Pruitt has tried to gut protections for clean water for years and President Trump made repealing the Clean Water Rule a regular part of his 2016 campaign stump speeches.

The Clean Water Rule is straightforward. It protects more than half of the stream miles across the country and more than 20 million acres of wetlands. It's supported by science and commonsense. It's supported by a majority of Americans. And it's vital to healthy communities and a robust economy.

The only people who don't seem to understand that are big developers, oil and gas companies, and industrial agriculture. These are the same groups who have tried to weaken protections for clean water since the Clean Water Act was passed in 1972. And now they have a President and an EPA Administrator who are willing to ignore facts and public opinion to put polluter special interests before public health.

We have thirty days to fight this outrageous and reckless rollback. Make sure Scott Pruitt and Donald Trump hear from you.