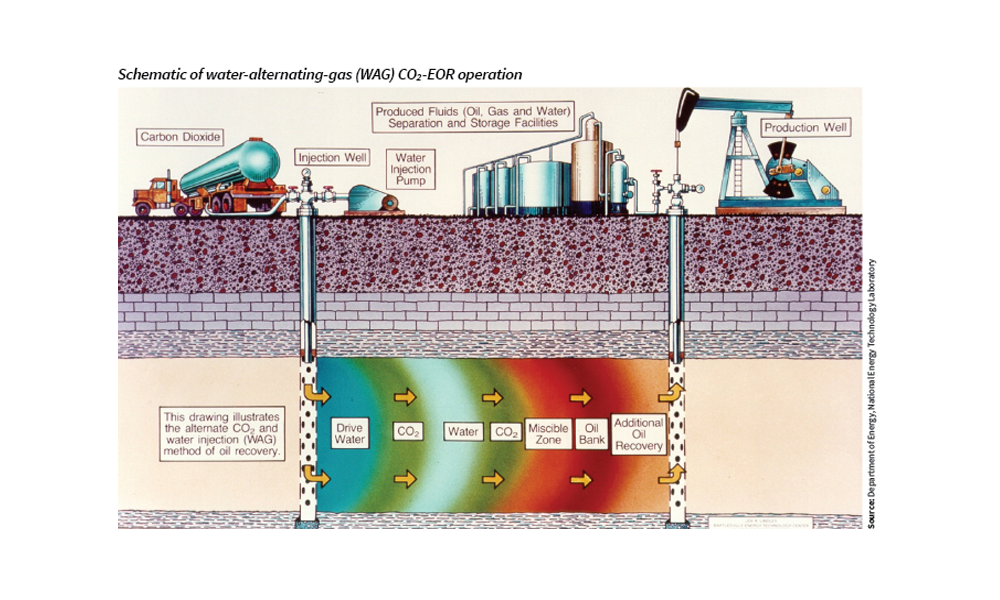 CO2-EOR is not a cleaner form of oil drilling.

My colleague John Noel recently wrote about efforts in Congress surrounding carbon capture, utilization and storage (CCUS) and enhanced oil recovery (EOR). First, he laid out why the bipartisan Senate Bill dubbed the FUTURE Act, which would increase the tax credits for CCUS and CO2-EOR, is a bad idea. Next, he detailed how oil industry interests are working simultaneously to de-regulate CO2-EOR and weaken the monitoring and reporting requirements that are necessary to make sure injected carbon actually stays in the ground .

Click here for the printable fact sheet: CO2-EOR: A Threat to Drinking Water and the Environment.

While CCUS may eventually prove to be a viable strategy for addressing climate change, using captured carbon to increase the production of oil and gas undermines the climate mitigation goals of carbon capture and storage. At the same time, CO2-EOR presents risks to groundwater, the environment, and the health of communities living near oil fields. As a known threat to drinking water sources, enhanced oil recovery is regulated by the federal Safe Drinking Water Act (SDWA) Underground Injection Control (UIC) program.

Earlier this year, we collaborated with a team of researchers from John Hopkins School of Advanced International Studies to delve into issues surrounding various methods of enhanced recovery. The research helped uncover several threats to drinking water from CO2-EOR, along with the alarming fact that regulators at both the state and federal levels lack the data, financial and staffing resources, and regulatory tools to ensure the safety of EOR. Read our full report on EOR here.

CO2-EOR presents many of the same environmental risks and threats to drinking water as other oil and gas production activities including hydraulic fracturing and conventional drilling. While proponents sometimes claim that CO2-EOR is safer or cleaner than other drilling, there are significant risks and environmental problems that call that assertion into question. Among the threats to drinking water that CO2-EOR shares with other forms of production: 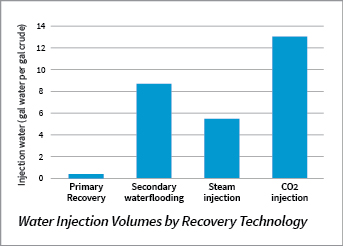 CO2-EOR also presents unique threats to water and the environment, which can make this production technique potentially more environmentally harmful than other methods.

Finally, since CO2-EOR often extends the life of an oil field, sometimes by decades, the threats to water, air, land, and health, are all extended. Research has found that older oil fields have increased environmental (including climate) impacts, as dirtier, harder to reach oil is produced. More energy is required to extract and refine crude from older oilfields. Additionally, as equipment ages, the likelihood of failures, spills, and leaks increases. Proponents of EOR, often claim that extending the life of an oil field is preferable to drilling new wells, yet that assumption may not always be true.

It’s important to recognize that the current effort in Congress to expand tax credits for CO2-EOR, would also incentivize threats to drinking water. Regardless of how CO2-EOR factors into the long-term viability of CCUS, incentivizing more CO2-EOR without adequate protections for drinking water is reckless.