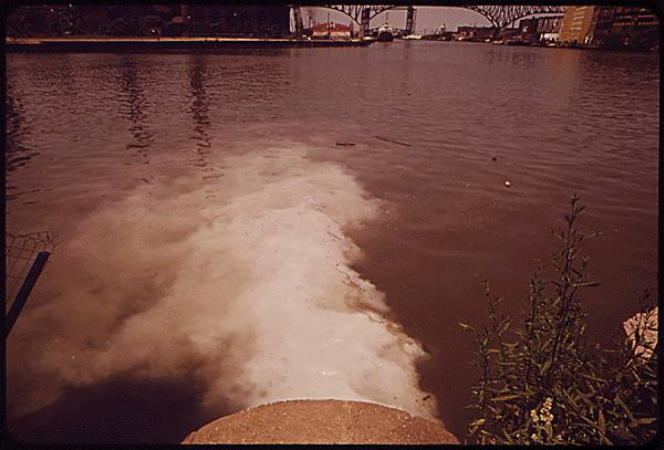 This is a guest blog by our member Loretta Marzetti. Loretta emailed us these comments and graciously allowed us to share them with you. You can help us keep Scott Pruitt from turning back the clock on clean water by taking action today.

My first job out of college in 1965 was with the Division of Water Supply and Pollution Control, Public Health Service, Department of Health, Education and Welfare. We were later transferred to the Department of Interior and then became part of EPA at its inception on December 2, 1970.

I remember the early days when "the solution to pollution was dilution." I remember when the Corps of Engineers thought building dams was more important than clean rivers because they provided for more jobs. I remember when the Cuyahoga River caught on fire because of industrial wastes being dumped into the river. I remember when Lake Erie was filled with soap suds due to too much phosphorus from soap detergents entering Lake Erie. I remember when all our major rivers were heavily polluted by point and nonpoint sources in the 1960’s because there were no adequate governmental controls - eg the Potomac (President Johnson made it a goal to have the river cleaned up by 1970; we did not meet that goal but we got the river cleaned up pretty well by the 1990's).

My husband, Gerald Miller (who was also an employee of EPA from its inception and worked in several regions, as well as headquarters) remembers how polluted our environment was and how the air and water became cleaner and cleaner and helped to bolster the health and welfare of all of our citizens.

We hope that through your efforts and that of others who care about our environment, you will be able to help prevent the tremendous damage that Scott Pruitt and his administration are trying to do.