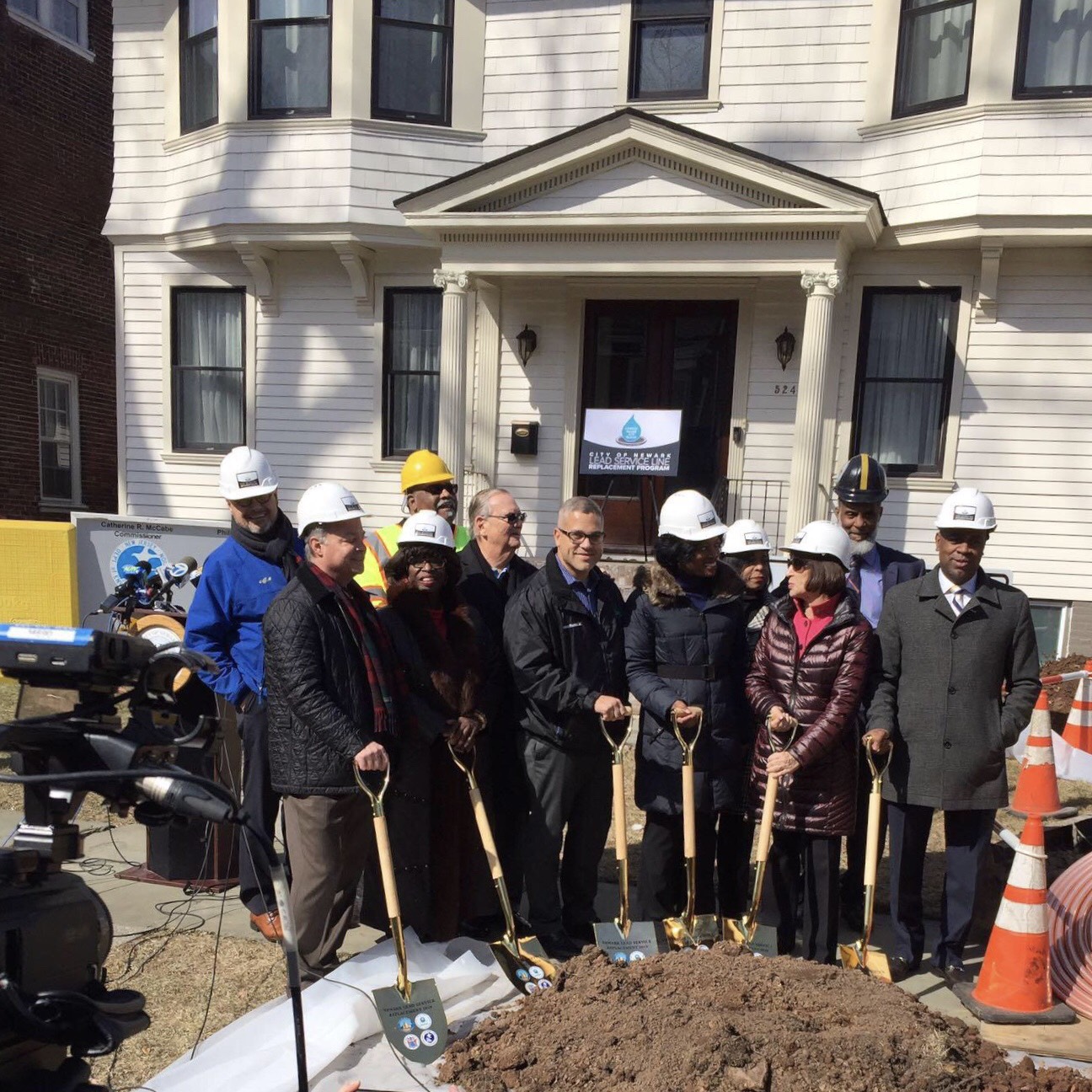 A Call to Action: We Can Take Back the Tap, One Municipality at a Time!

Older cities and towns throughout New Jersey and the nation are facing a public health crisis - lead in drinking water. The most common source of lead in tap water is from the lead service line (LSL, curb to the home), lead solder at pipe joints and faucets. The most protective remedy is to fully replace the LSL and fixtures containing lead. When a municipal water system starts investigating how best to fix the problem, they often discover more than one correction is needed and the solution is not cheap.

In 2017, Newark was cited by the NJ Department of Environmental Protection to be in violation of the federal Safe Drinking Water Act’s lead and copper rule. There were enough tap water samples taken at the first draw above 15 parts per billion (ppb) to mandate action. In 2018, it was discovered that the city’s chemical corrosion control in the Pequannock portion of the water system was not working properly and the protective “scale” on the pipes was flaking off. The city is now moving aggressively to switch over to a more effective and widely used process. Within a month of operation (late spring 2019), it is estimated that 75 percent of dissolved lead will be removed with the full benefits of re-scaling likely to be achieved within the year.

In the interim, the city distributed over 32,000 water filters with a year’s supply of replacement cartridges. It has taken steps to implement its long-term remedy as required by law – i.e. full replacement of over 15,000 lead service lines from the curb to the home meter. The city has also committed to pay 90 percent of the cost, while the property owner will need to cover the remaining 10 percent, or maximum of $1000 with the option to pay on an installment plan.

This is no small feat. The problem is not all going to be fixed overnight. Newark hopes to replace the city’s lead pipes at twice the speed (14 percent per year) mandated by federal regulations. It is currently on pace to do that. Phase 1 and 2 service line replacement orders (3,000) are nearly booked. The first homeowner received a LSL replacement on March 13, 2019.

Clean Water Action* is working with the City of Newark and CDMSmith to spread the word about the problem, distribute remaining filters and sign people up for lead service line replacements. We have hired and trained Newark residents to go door to door in neighborhoods where 1-3 family homes are highly likely and/or known to have lead service lines. Particular focus is being given to households with young children as they are more vulnerable to the ill effects of lead exposure. There is currently a back log of requests for water and pipe testing. This is a good problem to have.

This means Newarkers are eager to know if their family is at risk and with that knowledge, we hope eager to act. We plan to replicate this model in Trenton in the near future.

The key to any city’s future success is a trusted public education campaign, neighbor to neighbor engagement effort, access to state and local dollars, affordability to homeowners, especially low income residents and seniors, easy and multiple ways to sign up for LSL replacement as well as an extended repayment options.

It is true Newark was forced to address past drinking water violations; but it is also an opportunity to make sure its water infrastructure is fully and equitably upgraded to protect its current at risk residents, as well as support the tremendous growth and development that is on its horizon. As an urban mayor, you can learn from Newark and many others seeking to take back their taps by getting the lead out now!

* Clean Water Action is one of the leading national experts on drinking water starting with the drafting of the original federal Clean Water Act (1972) and Safe Drinking Water Act (1974) and subsequent strengthening amendments including consumer right to know, source water protections, federal funding and standard setting for individual contaminants in both surface and well water. Clean Water Action conducts its water work through a public health and equity lens. It seeks to involve the affected public in achieving timely solutions that are both health protective and affordable regardless of their zip code. It has advanced policy and community action in NJ since 1982 through its 150,000 NJ members and offices in Long Branch, Montclair, and Newark. It serves as a steering committee member of the national Lead Service Line Collaborative which provides free technical support, education and training tools on this vitally important issue. Learn about Newark's free filter, water and pipe testing program and discounted lead service line replacement program here.