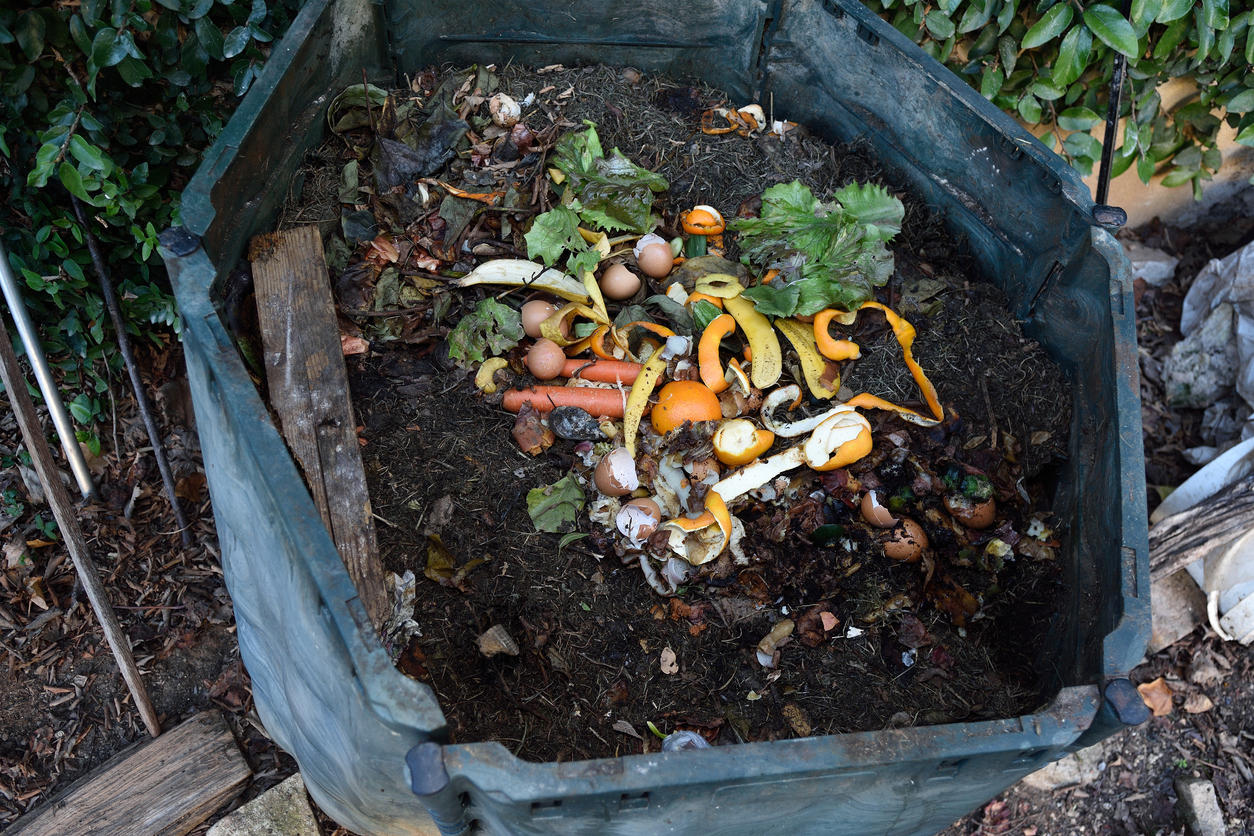 Municipal compost in Baltimore and beyond

This morning, the Baltimore City Council's Judiciary and Legislative Investigations Committee held a public hearing on Resolution "for the purpose of inviting the Director of the Department of Public Works, the Head of the Bureau of Solid Waste, the Director of the Office of Sustainability, the Coordinator of the Office of Sustainability, and the City Arborist to update the City Council on the City’s progress toward creating a municipal composting program, to provide a fiscal impact statement on creating the program, and to estimate a time line for Citywide implementation of municipal composting." Baltimore residents and organizations are making real strides toward composting and source reduction to keep organic materials out of our incinerator and landfill, but the kind of infrastructure investment that our neighboring jurisdictions of Frederick County, Prince George's County, and Howard County are making is lacking in the city. Read more in our testimony below.

May 7, 2019
Dear Judiciary and Legislative Investigations Committee,
Clean Water Action is a national environmental advocacy organization with over 9,000 members in Baltimore City. We work for swimmable, fishable waters in Maryland, for safe drinking water, and for environmentally healthy communities. Because of this commitment to healthy communities, we thank the Committee for holding the investigative hearing on Municipal Composting (CB19-0139R). Robust composting programs would offer tremendous environmental, public health, economic, and workforce development opportunities to Baltimore City – opportunities that neighboring jurisdictions are already availing themselves of. Baltimore City should put significant investment into composting programs and facilities to reduce air pollution and create jobs in our city.
Landfilling or incinerating organic materials is an enormous waste. When deposited in landfills, organic materials undergo anaerobic decomposition which produces methane – a dangerously potent greenhouse gas, 28-36% more effective at trapping heat over time than CO2 in the atmosphere and contributing significantly to climate change. Landfills are the source of almost 15% of human-caused methane emissions in the US, the third largest source.  Burning carbon-based materials, like compostable materials, contributes to carbon dioxide emissions from incinerators, another greenhouse gas.  Composting these materials instead removes these pollutants from the atmosphere and creates more local economic opportunity. Per ton of material processed, Maryland’s existing composting facilities already employ 4 times as many workers as Maryland’s trash incinerators, and twice as many workers as Maryland’s landfills. And for each $10 million invested in such facilities, Maryland’s composting facilities support twice as many jobs as the state’s landfills and 17 more jobs than the state’s incinerators.
Many Maryland municipalities are already investing in robust composting programs to capture these benefits. Here are three examples:
Frederick County, after rejecting a proposal by Wheelabrator to build a new trash incinerator just south of Frederick City, undertook a two-year working planning process titled “What’s Next” to determine how to manage its solid waste. The committee’s top recommendation was to pursue organics diversion and composting sites as a first step toward zero waste practices and environmentally-friendly waste management. Many of the individuals involved in that committee are now part of the Frederick Compost Working Group, which is piloting organics diversion programs at local schools. For example, at Urbana Sugarloaf Elementary School, the Working Group found that 87% of the school’s trash could be diverted from the landfill – more than half of it through composting.  (Data prepared by Lisa Orr, Mountainside Education and Enrichment.) The school’s organic material is now composted by Key City Compost, a two-year-old company that processes compostable materials picked up from homes, restaurants, schools, and businesses throughout Frederick County.  With no large-scale composting facilities in Frederick County, for the first two years of its existence, the company has shipped its materials to West Virginia to be composted. But after the Frederick County Council amended the county’s zoning code to permit large-scale composting on agricultural land last year, Key City Composting is constructing such a facility just north of Frederick City, bringing jobs to the area.

Edit: In addition to the above efforts, Frederick County's latest budget includes $300,000 allocated to construct and subsidize a composting drop-off station for the use of county residents and businesses.
Prince George’s County began composting food scraps in 2013, and in 2015 conducted a Waste Characterization Study that found that 31.3% of its residential waste could be composted.  In following years, the county expanded its existing composting system and it now can process 32,000 tons of food scraps and 32,000 tons of yard trim each year. This expansion took the project from a net cost of $9.78 per ton, to a net gain of $8.64 per ton processed. The County has received significant interest from private haulers wishing to bring compostable materials to the site, and in 2018 had a waiting list of over 40 customers wishing to bring 25,000 tons of food waste material that the facility did not have capacity for.  The County’s Department of the Environment is piloting a curbside compost collection program in the communities of Pepper Mill / Carmody Hills, Wilburn, and Tantallon / Fort Washington.  The City of Bowie is also piloting its own food waste composting program.  Prince George’s County has earned distinction as home to the largest composting facility on the East Coast.
Howard County conducted a waste study and found that almost 30% of the county’s landfilled waste could be composted; so, the county started the “Feed the Green Bin” municipal composting program. Households in areas served by the program can opt in to receive a green bin that is emptied alongside the recycling bin by the county.  Until recently, the program served 14,000 homes in the county; starting in April of this year, it serves 30,000 homes. Because the materials are processed at an industrial-scale facility at the Alpha Ridge Landfill in Marriottsville, the county can accept many materials that cannot be composted by  backyard or small-scale composters, including paper products, pizza boxes, popsicle sticks, and even meat, fish, shellfish, and bones.   The facility started as a pilot program in March 2013; now, the County is investing in expanding the facility, which will more than double its capacity by 2021. Mark DeLuca, Chief of the Bureau of Environmental Services in the Department of Public Works, said in a recent press release: “It may be surprising to some that composting is not only good for the environment and returns local, organic waste to be repurposed in our community, but it is economical for the county as well. It is cheaper for us to process this material then to have it hauled away as waste. Plus, we gain our own landscape supplies to use on county projects such as schools, parks and roads."
For Baltimore City, the 2019 Sustainability Plan is a valuable guide toward a more robust composting program that can divert the 50% of municipal waste that could be composted. We particularly support Waste and Recycling Strategy #2, Action 2: “Site a local composting facility to build the city’s capacity to accept food and yard waste while creating local jobs; work with communities to ensure placement does not exacerbate conditions in underinvested neighborhoods.” In other municipalities in Maryland, such capital investment has made dramatically expanded composting possible and created hundreds of local jobs. Without the development of such a facility, composted materials generated in Baltimore City would be processed in neighboring jurisdictions, and difficult-to-compost materials that can only be composted in large-scale facilities might be lost. Constructing such a facility within the city would reduce air pollution from trucking compostable materials elsewhere, and ensure that the much-needed jobs generated by composting would be accessible to Baltimore City residents. Likewise, we especially support Waste and Recycling Strategy #2, Action 4: “Create a revolving loan fund for investment in recycling and composting infrastructure and loans for companies that address infrastructure.” Many farms and gardens in Baltimore City are already composting out of necessity: to create the high-nutrient soil amendment that plants require every year, or to replace or cover existing soil that has been contaminated by lead, chromium, and other toxics. Making funds available for facilities like the Baltimore Free Farm, the Filbert Street Garden, and others to expand these efforts would create more opportunity for these facilities and others to build resiliency and food security in their neighborhoods, while still keeping organic materials out of our incinerator and landfill.
It’s critical to support the development of composting businesses and facilities within Baltimore City, so that the workforce and economic development benefits – and not only the environmental and public health benefits – come to Baltimore City residents. Thank you for your attention to this important opportunity.
Sincerely,
Jennifer Kunze
Maryland Program Organizer
Clean Water Action
Tags:
zero waste