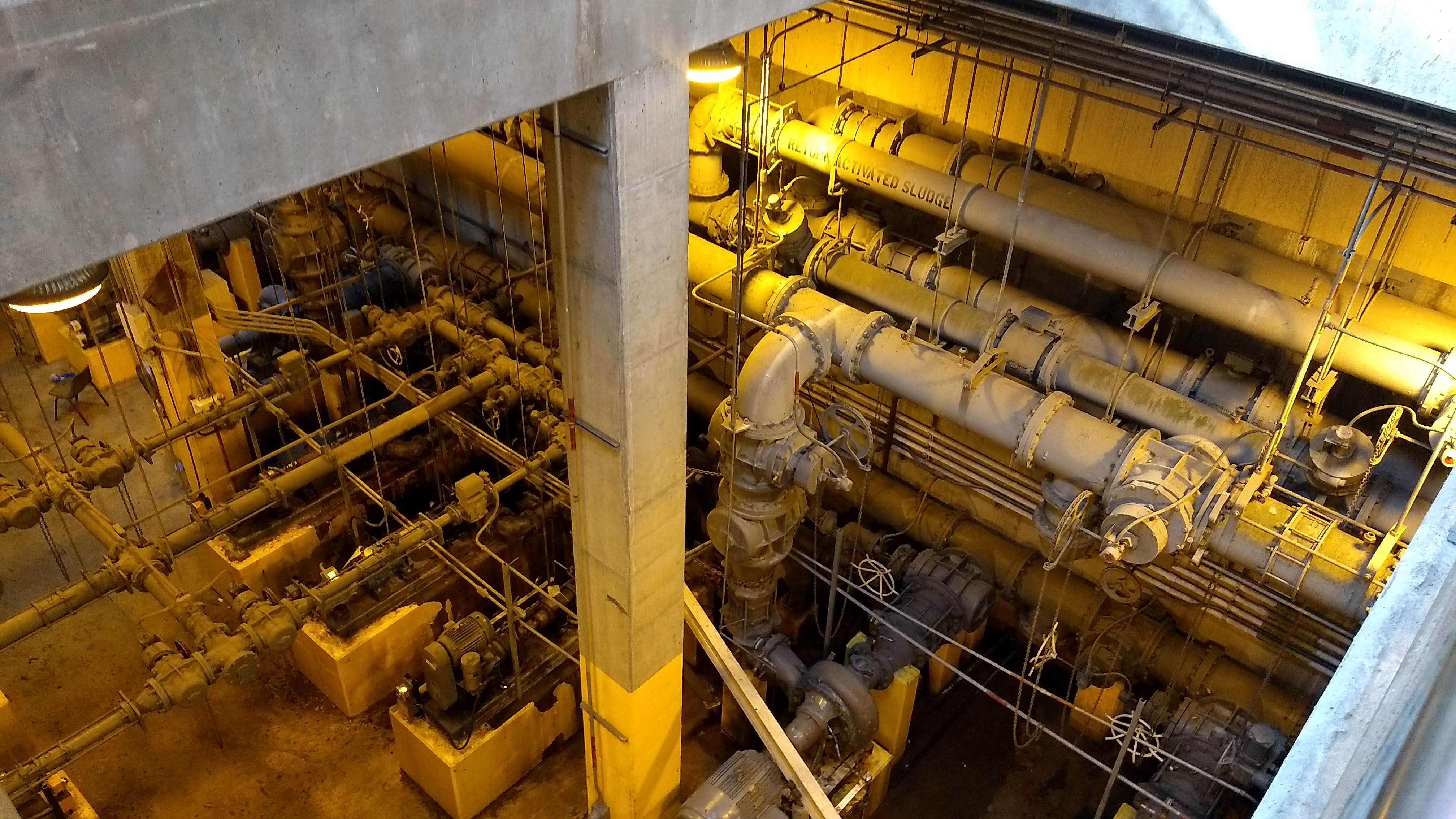 Waste
Maryland
Solomon Brooks - Maryland Intern
On October 15th, I visited the Patapsco Wastewater Treatment Plant on a tour with Baltimore Heritage. Though the plant was originally constructed in 1940, the iteration that exists today was finished in 1985 and treats wastewater: 90% from households, and 10% from industrial sources. This wastewater comes from South and West Baltimore city, along with Baltimore, Anne Arundel and Howard Counties. The plant is 68 acres and has the capacity to process 63 million gallons of water a day and has a four stage treatment process, from preliminary, to primary, secondary, and tertiary.
How does the treatment plant work?
The water that comes into the plant initially flows through 6 aerated tanks to settle out bigger solids such as car parts, money, metals, etc. These tanks are cleaned every 3 months with a clamshell bucket.
Once the 6 aerated tanks settle out the bigger solids the water flows through a 96 inch diameter pipe, in this pipe the total amount of water that flows into the plant is measured by sensor. 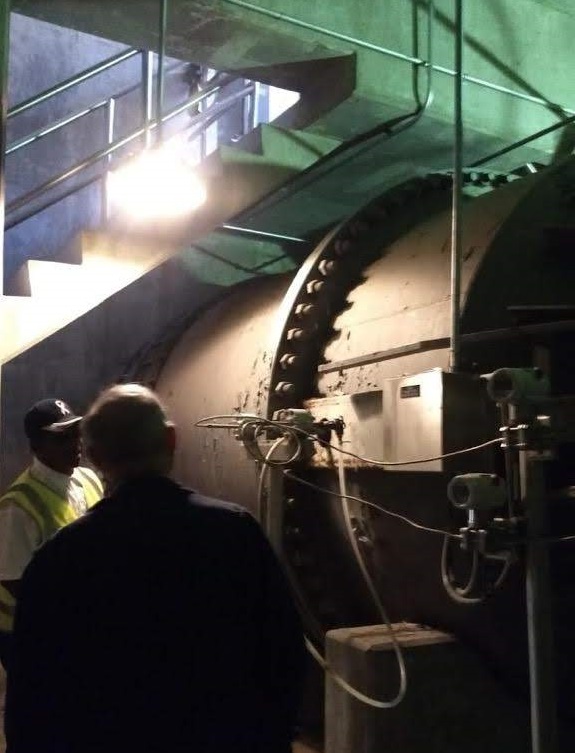 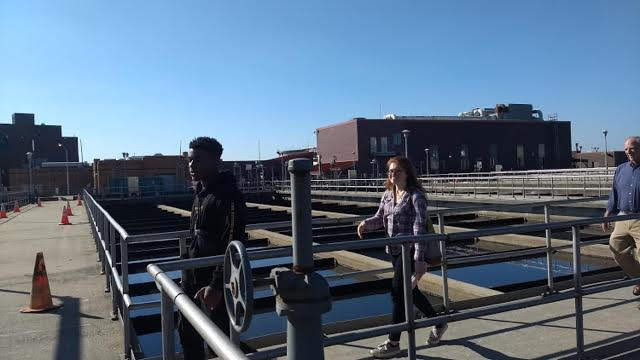 Afterwards there are 6 primary settlement tanks which the water again settle in and them moves to secondary treatment. This secondary stage entails more biological and chemical treatment of the water with activated sludge. The water is injected with oxygen then a substance with microorganisms called activated sludge removes pollutants, some is disposed of afterward, some is sent back to reintroduce microorganisms.
The ENR, or enhanced nutrient removal, system is a major innovation added to this system a few years ago. It uses mixed biological cultures in order to remove nitrogen and phosphorus that could potentially cause algae bloom in the bay. 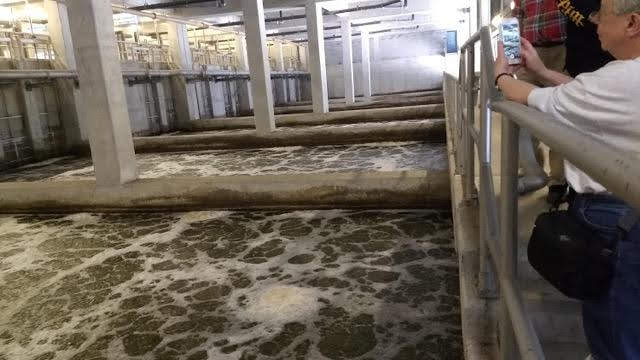 After this the water is sent to disinfection where a 15% chlorine solution is used in the water, and then the water is dechlorinated and sent out to the bay through a channel that’s 50 feet out from the treatment center. 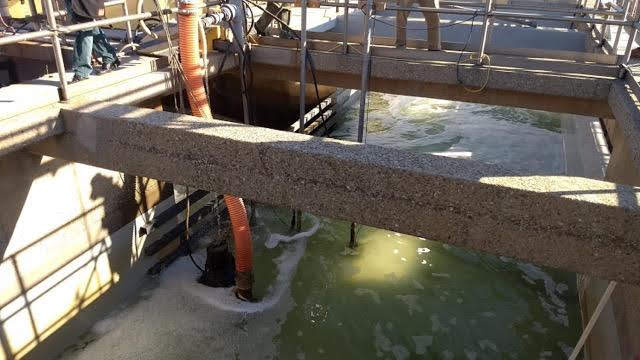 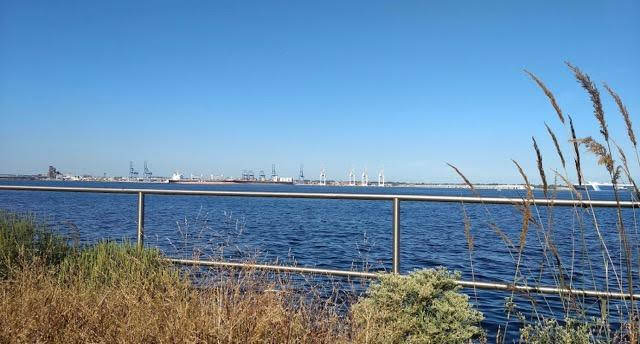 Why is this treatment plant important?
This plant is essential to handling and processing wastewater for the city. This plant handles the waste water products of hundreds of thousands Baltimoreans and of those directly outside of Baltimore. If facilities such as the Patapsco Wastewater Treatment plant didn’t exist polluted water would have to go directly into bodies of water, such as the Chesapeake Bay. This would create the risk of algae bloom and hypoxic zones. This would also make bodies of water, because of chemical compounds based in wastewater, unsafe for contact with humans and animals. With this known, processes occurring in terms of cleaning wastewater in the facility are invaluable for Baltimore and the other counties that it services.