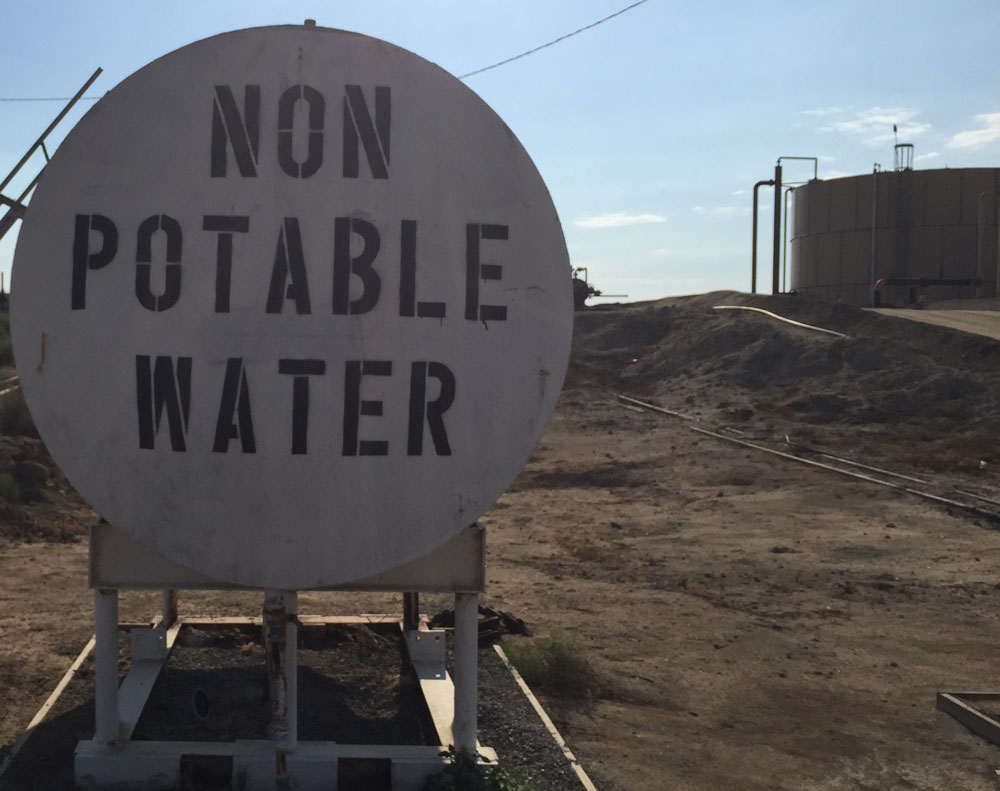 More than 5 million Californians live near oil and gas production. In Kern County, oil production is wedged between homes and looms over schools and playground. Our communities are under a haze of contaminants due to the gargantuan fields of oil and gas wells bordering towns and scattered along our roads. The negative impacts on the health and lives of Kern families can be extensive, so residents demanded action. That led to AB 345, a bill that would require the state to impose setbacks to protect schools, day cares, clinics and hospitals from oil and gas wells near them.

The American Lung Association puts Bakersfield in the top three cities in the state for worst air quality in their annual State of the Air report. It often outranks cities like Los Angeles and Fresno for the #1 spot. Currently Bakersfield is # 1 in short term particle pollution, #2 in year long particle pollution and #3 in ozone.  All these equates to major health risk for our most vulnerable community members like children, those who are sick, and the elderly.

Due to their developing lungs, children are very susceptible to air contaminants and find themselves with a variety of health issues. Extended exposure leads to lung and heart diseases, premature death or even cancer.

For Lost Hills resident Saul Ruiz, these issues were very real for two of his daughters. His youngest daughter was frequently drowsy and often would fall asleep in class. She got in trouble for this and was sent home where she would continue to sleep and wake up tired. It wasn't until she moved to the school on the other side of town and away from the oil fields that she began to feel more awake and would participate more in school. Saul "is happy the new school opened up, otherwise his daughter would continue to be affected by the oil fields." As for his oldest daughter, when she attended elementary school she would consistently get asthma attacks. They could be severe enough to lead to hospitalization. As Saul said "what else can you do when your daughter is gasping for air and turning blue other than call the ambulance and pray. There is no greater fear than almost losing a child."

For the elderly and those who are sick with long term diseases, poor air quality can aggravate and worsen their condition and expose them to other illnesses. This is increasingly true the closer you live to oil and gas production. Dizzy spells, headaches and nose bleeds are all too common in communities near oil fields. Many community members often find themselves trapped in their own home, not able to step out into their front yards because of their health. One community member who has lived in Kern for over 40 years has always enjoyed taking a walk through her neighborhood, working in her garden, or sitting on the porch with her husband and watching the sunset.  It upsets her that the air pollution limits her from doing the little things she has long loved doing.

AB 345 would improve the environment in neighborhoods, by requiring the state to establish a buffer zone keeping oil and gas production away from schools, daycare centers, homes, clinics and hospitals. A 2,500 foot buffer zone was the bare minimum recommended by the California Council on Science and Technology(CCST) and it is what the communities want in order to protect their families from the harms and dangers of oil wells near them.

AB 345 was passed by the State Assembly on January 27, 2020 and is now pending in the state Senate.  Take action now—email your Senator and urge them to support AB 345.