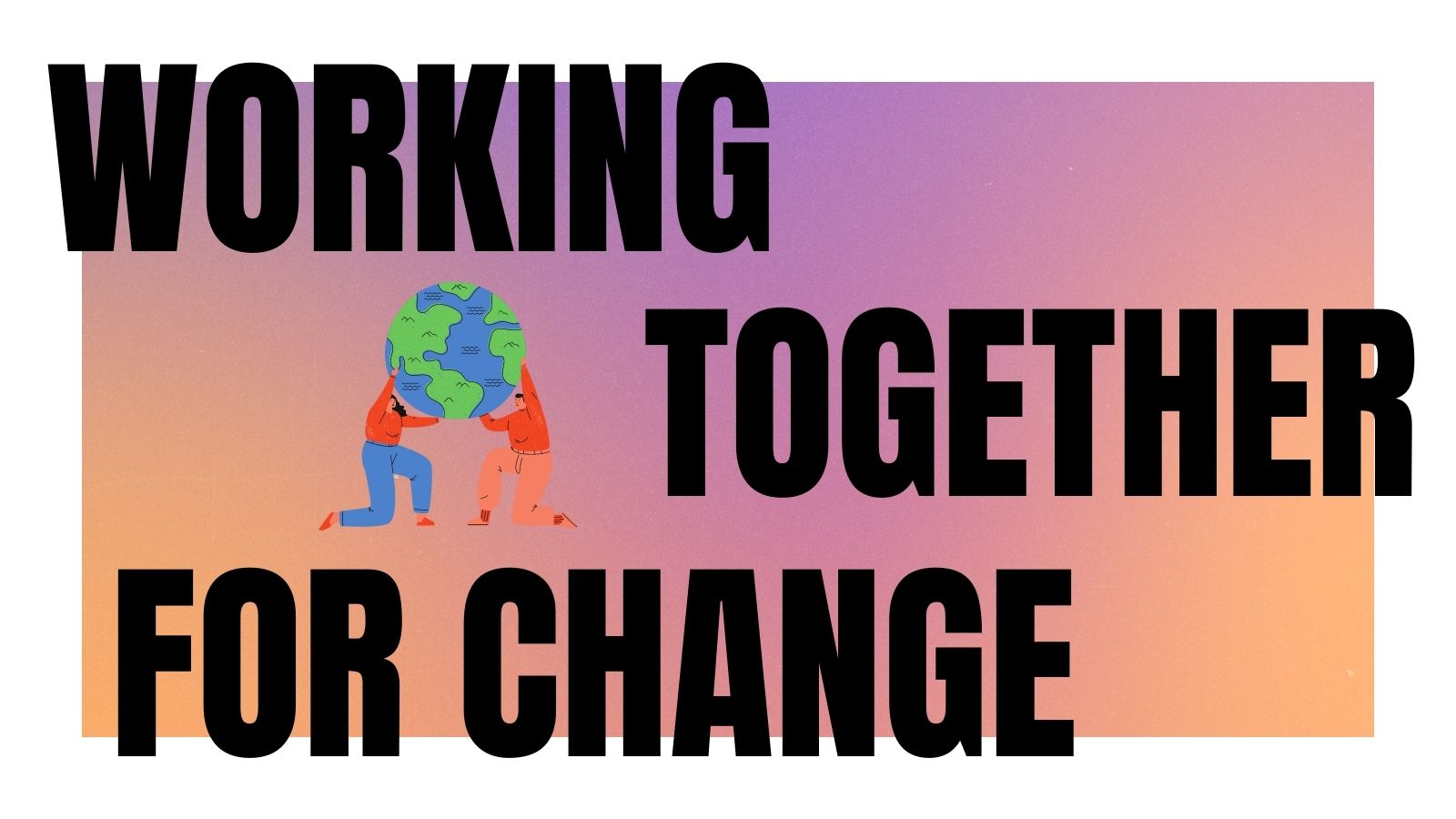 Working Together For Change

“And so we lift our gaze, not to what stands between us, but what stands before us. We close the divide because we know to put our future first, we must first put our differences aside. We lay down our arms so we can reach out our arms to one another. We seek harm to none and harmony for all.” - Amanda Gorman.

On this momentous Inauguration Day, I am reflecting on the challenges we’ve faced as well as the positive change we have created together these past four years. Across the country, we banded together, steadfast in our duty to protect our environment in the face of very real threats.

In the weeks, months, and years following Trump’s inauguration I felt like I was living an alternate reality, a time and place that just never felt real, like “The Upsidedown'' in Stranger Things (Trump was the Mind Flayer). Unfortunately this wasn’t another dimension, it was real.

Donald Trump set a wrecking ball of destruction across the country, creating a divide like I’ve never seen before. And when the pandemic hit, I witnessed a President put his obsession with money, ego and power before the health and lives of millions of Americans. Trump did not make America great again. As I watched him slink out of the White House this morning and hop on a plane - I knew he was flying over a country in flames, a country in which his inaction contributed to a death toll that is nearing a half million people - but a country also experiencing a new wave of hope and ready to move forward.

These past four years have made me extremely grateful and humbled to work at an organization like Clean Water Action. An organization that has been resolute in its fight against the Trump administration as it dismantled major climate policies and implemented reckless rollbacks of critical environmental protections for our water, air and land. Together with our members, we mobilized calls to action, town halls, lobby days, rallies and press events - we took part in historic marches and mobilizations. Our canvass went door to door in communities in the heat and in the snow, empowering residents to demand change - and during the pandemic we have continued our work over phones and zoom lines.

It has been an honor to work alongside our members and allies in this clean water movement. Together, we raised our voices to stop the Trump Administration from gutting protections for our streams and wetlands, to stop coal plants from being allowed to dump dangerous pollution into our lakes and rivers, and to stop EPA’s water polluter loophole. Together, we helped stop Trump from obliterating Obama’s Clean Power Plan and helped win passage of the Great American Outdoors Act to permanently fund the Land and Water Conservation Fund.

We called out the Trump Administration’s racist and white supremacist agenda. We spoke out against the administration from modifying the National Environmental Policy Act (NEPA) to limit how frontline communities can weigh in on important environmental projects and we curbed EPA’s attempts to censor science. Most importantly, we mobilized tens of thousands of clean water voters across the country to help elect Joe Biden and Kamala Harris - the nation’s first-ever women of color to be elected Vice President and a daughter of immigrants. Together, we built a strong clean water movement working to engage people, build power and effect change to protect our water and health.

And this work has paid off. President Biden’s day one executive orders to review Trump’s long list of environmental rollbacks is a dramatic and welcome departure from the calamitous Trump era. Today, we turn a new page and prepare for the work ahead. We are looking forward to working with the Biden Administration to ensure bold action to protect our water, safeguard our communities, and tackle the climate crisis.

We hope you will join us in achieving our vision and goal of fishable, swimmable, drinkable water for all! You can start today by taking action on our new campaign urging the EPA to do more to protect our water from toxic PFAS contamination.

You can also share this video highlighting some of the actions we have taken over the years to protect America's waters, build healthy communities, and make democracy work for all of us.

And like Amanda Gorman said during her historic speech on Inauguration Day, let’s not march back to what was, but move to a country that is bruised but whole, benevolent but bold, fierce and free...Let us leave behind a country better than the one we were left with.