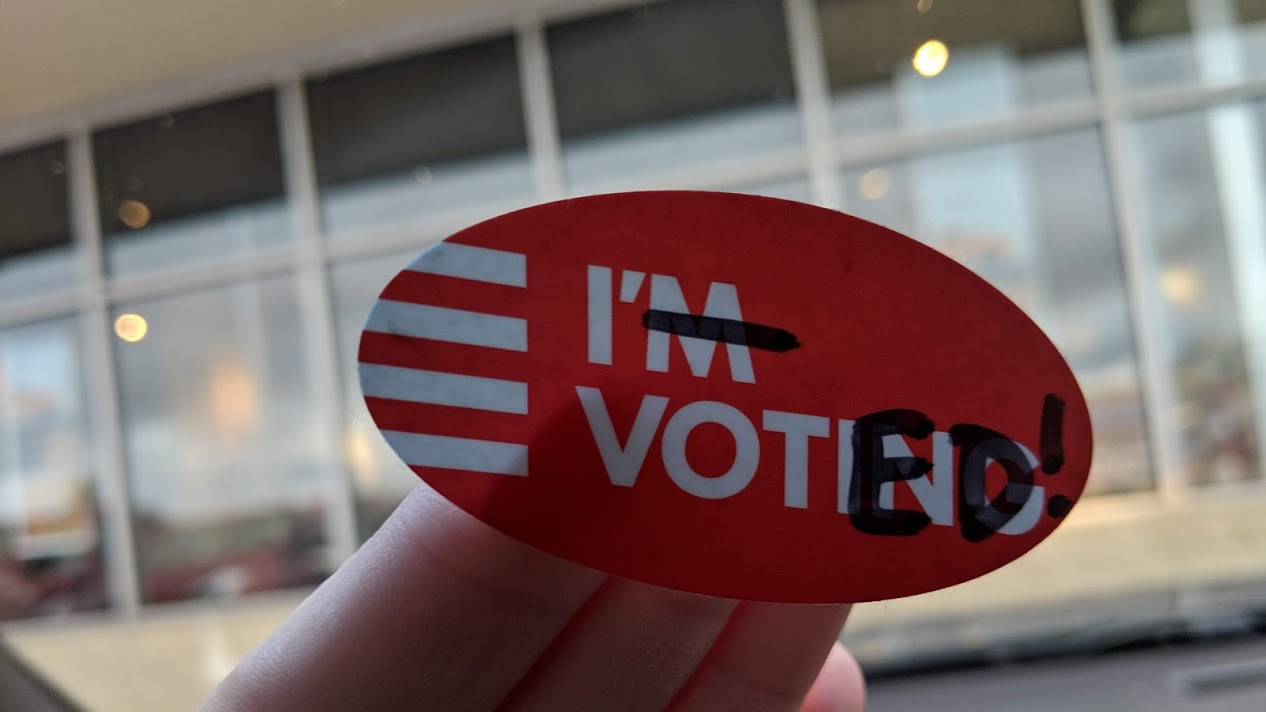 A Democracy For The People: memories and lessons from Michigan elections

Years ago I volunteered on election day outside a suburban Detroit polling station at a majority Black precinct, speaking to voters about an renewable energy ballot proposal.

I spoke to one man trying to vote before work. He arrived an hour before his shift, but the wait was already too long. Returned on his lunch break only to turn around after seeing the still long line. He got back in line after 5 PM. When I saw him checking the time an hour later and quietly heading to his car, I asked him why he had to leave again without casting his vote - it was obviously important to him. His child’s daycare was about to close, he couldn’t wait any longer.

I told him I hoped he made it back to vote, but I understood if he couldn’t.

He cast his vote with his daughter asleep in his arms.

In 2018, Michiganders voted overwhelmingly in favor of expanded voting rights. When I talked to people about the ballot measure I heard so many stories of potential votes that were never cast. A Mom with an autistic toddler and a newborn who couldn’t find a sitter and couldn’t take both children on her own. Students registered in hometowns across the state who mistakenly thought they could vote absentee for their first election. A plant worker making sure every one of his coworkers was voting since he had served prison time and couldn’t. When I met him and told him that wasn’t the law in Michigan and he had the right to vote, it was too late to register. A friend who had been serving in the Army found out that despite voting absentee, his 2016 ballot was never counted - likely arriving to his clerk too late.

In 2020, no reason absentee allowed Michiganders to vote safely during a pandemic from home. Same day, online, and automatic voter registrations made it easier for students, renters, people who had to move due to pandemic financial hardship, and those who just didn’t realize they weren’t registered until close to the election to cast their votes too. Military absentee ballots would be delivered with enough time to ensure they could be returned and counted.

Every one of these new Michgian voting rights provisions helped voters cast their ballot and exercise their right to vote.

Every one of these provisions is in the For The People Act.

The voting rights expansion Michigan passed in 2018 is in our state constitution now. It also included auditing election results to ensure election accuracy and integrity. Nevertheless, we saw repeated baseless attacks of our fair and transparent election results (with Detroit specifically targeted). Now in states without Michigan’s expanded and protected voting rights, we are seeing blatant attempts to disenfranchise future voters. Make no mistake - every effort to restrict voting access disproportionally affects BIPOC, elderly, young, and Disabled voters by design. It should not require extraordinary effort to exercise a constitutional right.

The man I met all those years ago, who spent hours trying to cast his vote, didn’t qualify for an absentee ballot in Michigan at the time. He had no option other than to vote in person, or not vote at all. His tenacity was wonderful, but it shouldn’t have been necessary - and we both knew that. I feel the same when each and every year I see news reports of people waiting in line hours and hours in the heat, rain, snow, pandemic, just to vote.

In 2020, he could have voted from home. I hope he did, and I hope his daughter voted too.

This November, an election with the biggest Michigan voter turnout seen in my lifetime, was the first major election I left my station less than 10 minutes after the polls closed. No last minute problems to solve. No shouted announcements about how you could still vote if in line when the polls closed but you couldn’t step away even for a minute. My neighbors just… voted. That’s how our Democracy should be.

Every vote is a voice, and every voice matters. Equally. What state, city, or precinct you live in shouldn’t determine whether you’re able to cast your vote. We need to protect our right to vote across America. Today, the House of Representatives voted to do just that! Now we need our Senators to join them in passing the For The People Act.