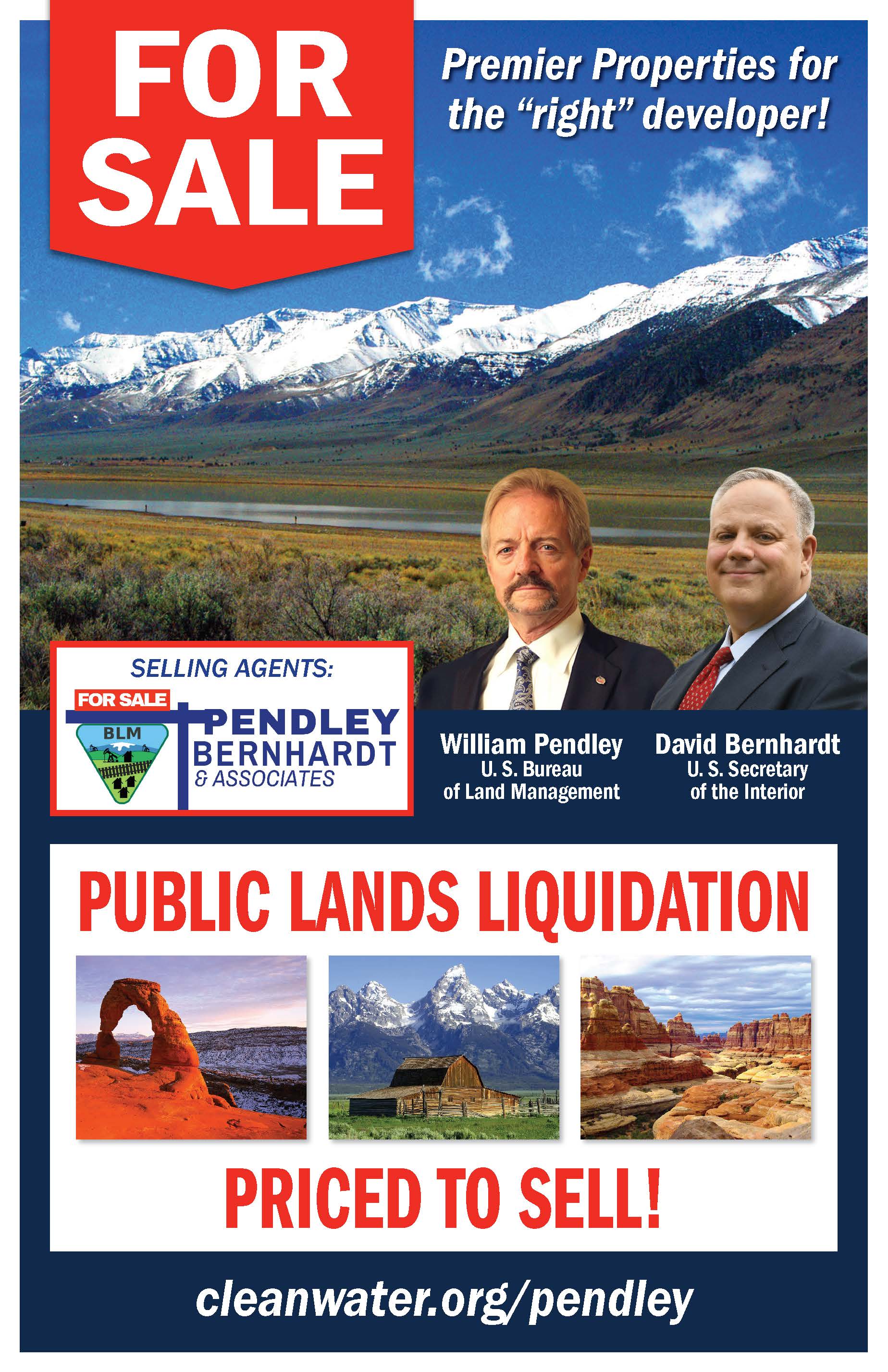 This isn’t the first time Clean Water has been concerned with Pendley’s approach to his job at BLM, but pushing through a headquarters relocation that is expected to devastate agency leadership and staffing is truly alarming. With local partners, Clean Water will be leading an UNwelcoming Committee today in Grand Junction to bring attention to his many conflicts of interests and policies that, in stark contrast to his words, threaten public lands.

Pendley has repeatedly demonstrated he is unfit to be in such a position of public trust with statements that the federal government has a duty to dispose of its lands, the National Environmental Policy Act (NEPA) and the Endangered Species Act (ESA) were written to “kill or prevent” people who wanted to make a living on federal lands, and criticizing the designation and protection of national monuments.

On December 30, more than 90 conservation, sportsmen, public interest, and wildlife advocacy organizations, representing over 3.9 million Americans, called for the immediate resignation or removal of William Perry Pendley from his position of Deputy Director for Policy and Programs of the Bureau of Land Management, “exercising the authority of the Director.”

Pendley holds views that are antithetical to the BLM’s mission to manage public lands and resources on behalf of all Americans. In fact, Mr. Pendley has called for selling off public lands. In 2016, Pendley authored an article in the National Review in which he justified the actions of anti-public-lands extremists and argued the U.S. Constitution all but requires the federal government to sell the lands it owns in the West. At the BLM, he now oversees 245 million acres of public lands.

Despite all of this, on January 2 2020, Secretary Bernhardt extended Pendley's appointment again. Pendley still has not been officially nominated for this role. It's time for Pendley to go.