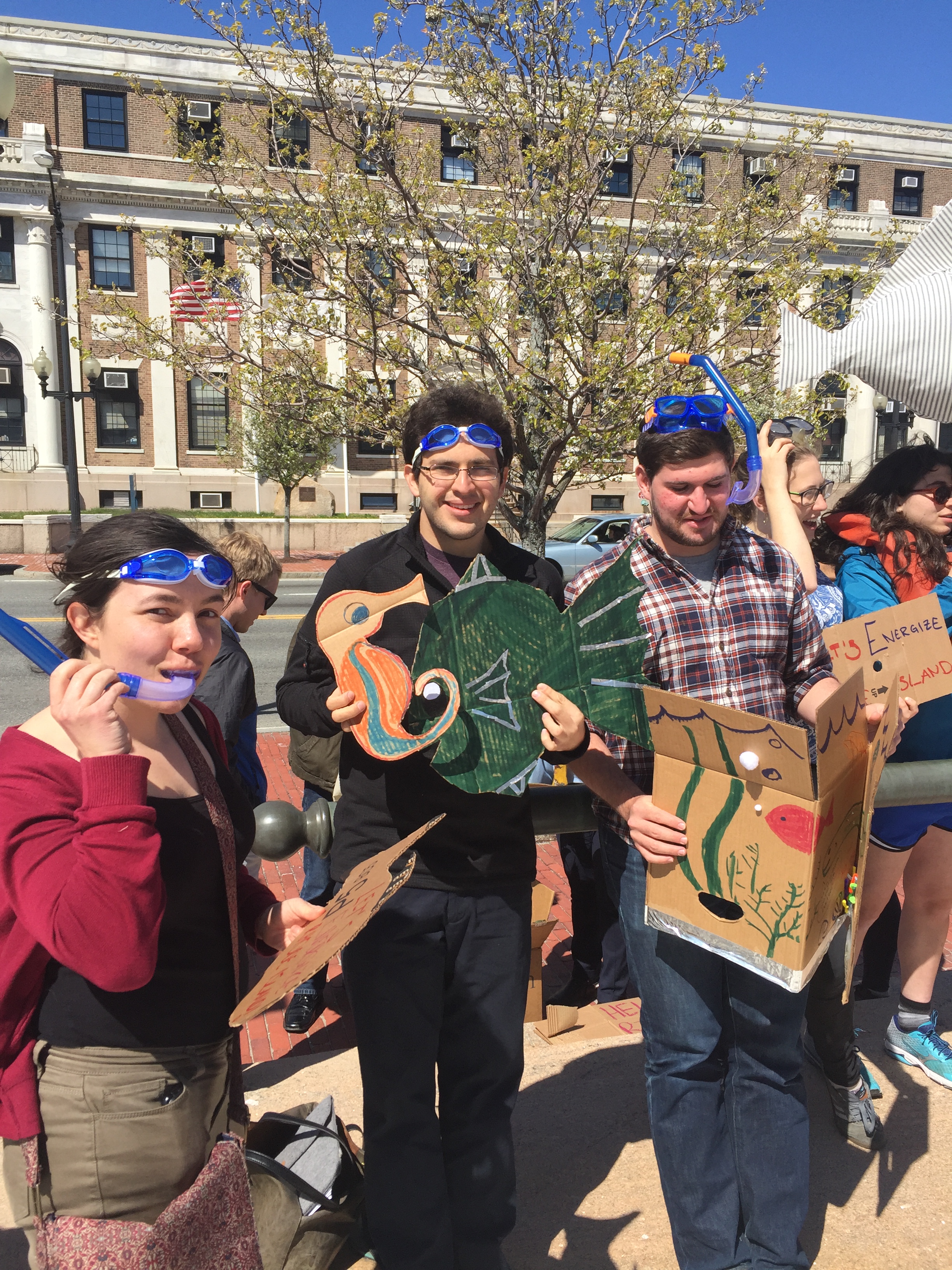 Diving into the Legislature

You never know what you might run into when activists descend on the statehouse for the Environment Council of Rhode Island’s (ECRI) annual Lobby Day.

Last Wednesday, I was greeted in the rotunda by a group of our allies in the Energize Rhode Island coalition wearing snorkels to demonstrate the kind of gear we’ll all need if we don’t fight the sea level rise that is resulting from Climate Change.

But the real fun on lobby day is tracking down the legislators who don’t attend our program. My favorite spot is just outside the door to the House or Senate chamber. That way I can keep one eye on the hallway traffic and one on the desk of the person I’m stalking.

But flexibility is also required. Your prime target may not show until moments before the order goes out to clear the chamber for business, so you have to be ready to speak with any representative or senator who comes by. Our field canvass ably assists me in seeking out the legislators whose constituents have written letters to their representatives in support of our issues. Each of them is armed with a folder containing the letters, seating charts for both chambers, and pictures of the people they are looking for.

If you've ever signed a Clean Water Action clipboard before or greeted one of our canvassers at your door, thank you. It's a great opportunity for the folks who work so hard out in neighborhoods in Rhode Island and Massachusetts to see how signing up members and urging people to write letters has an impact with those who have the political power to make change happen.