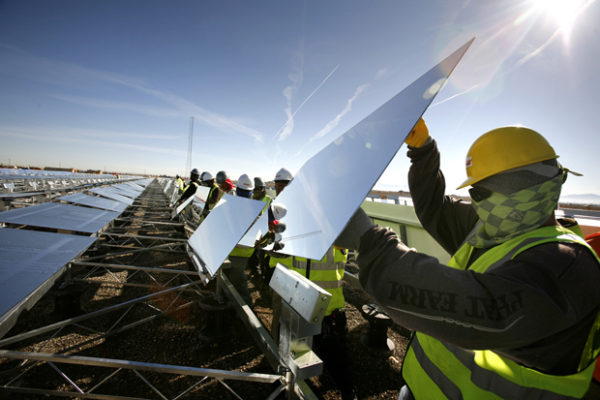 Pennsylvanians are grappling with the fallout from the recently passed House Bill 1100 which provides tax incentives for the build out of the petrochemical industry.

One perspective that emerged in southwest Pennsylvania is that we shouldn’t back elected officials that don’t support policies that create blue collar prevailing wage jobs that will uplift Pennsylvanians. This perspective only gets it partially right.

As someone who came from a union household, I couldn’t agree more that we need leaders who will fight for policies and projects that provide a family-supporting wage. But uplifting Pennsylvanians’ way of life means we also need to protect their state constitutional right to clean air and water. That means having legislators who are also willing to make that a priority of the projects and policies they support.

Those communities that are low income and largely made up of people of color that are talked about as having the most to gain financially tend to be environmental justice areas as well — neighborhoods that polluters force to bear a disproportionate share of adverse environmental impacts. Almost one in four African-American residents in Allegheny County suffers from asthma, over double the state average. So, to truly improve their lifestyle, we need to address all the issues afflicting them and their community.

Pennsylvania House Bill 1100 is counter to that goal, which is why it’s a shortsighted policy that Gov. Tom Wolf should veto. Petrochemical manufacturing is carbon-intensive and emits various other toxins linked to respiratory diseases, central nervous system impairment, and reproductive and developmental problems. At a time when the vast majority of the scientific community says we need to be cutting our emissions and transitioning quickly toward renewable energy sources if we’re to stave off the worst effects of climate change, HB 1100 locks us into a continued reliance on fossil fuels and expansion of an operation that can threaten the health of our communities.

Specifically, it gives millions of dollars in tax breaks to billion-dollar companies and an industry as a whole with a poor track record of protecting our air, water and health. The “modest” amount in tax breaks are estimated by the Pennsylvania Department of Revenue to come to $26.5 million every year for each new plant and companies are allowed to sell or transfer their tax credit to another upstream or downstream petrochemical company if they determine they can’t use the tax credit any longer. The capital investment and job creation requirements that are touted as the significant benefit of this policy were weakened through an amendment, and there’s an additional provision that only requires industry to make a “good faith effort,” whatever that means, to hire from the local labor market.

There’s a better path forward that allows us to achieve all the goals we have for our communities. Surrounding states are investing heavily in renewable energy and green jobs. New York is making over $5 billion in clean energy investments — now responsible for 151,000 clean energy jobs. New York’s economy is thriving without relying on the petrochemical industry.

In 2018, Pennsylvania added jobs in the clean energy sector five times faster than the overall state employment growth rate, despite our alternative energy portfolio standard being relatively unambitious compared to neighboring states and only ranking 21st among the 50 states for policies and incentives promoting renewable energy and energy efficiency. Imagine the all-around positive impact HB 1100 could’ve had for our communities if the tax breaks were directed toward the renewable energy industry while maintaining the job creation and prevailing wage requirements.

It should be pretty simple going forward. Candidates and elected officials, regardless of party, should be required to earn the support of the labor and environmental community by demonstrating that they share a vision for uplifting our communities and residents that includes promoting blue collar jobs, protecting our environment and working to pass legislation that turns this vision into a reality.