Your vote is your voice. The 2020 election is the most important in recent history – we need as many clean water voters as possible to participate and vote this year. That is why Clean Water Action urges  everyone to make sure they are registered, make a plan to vote, and receive a mail-in ballot.

To register or to check your voter status, visit this page.

California has a long and safe history of voting by mail.  And this year every voter will receive a mail-in ballot. There are several ways to return your ballot.

Voters who prefer to vote in person will be able to do so. Learn more here.

The past few years have shown us the importance of electing leaders who will put people first and let science guide the development of commonsense policies. It is equally vital that we elect people who are committed to fulfilling the promise of American democracy by acting to dismantle systemic racism and promote fair and open elections.

Joe Biden will lead the way in restoring critical environmental and public health protections to safeguard our water and communities. After 4 years of unprecedented environmental rollbacks, Senators Biden and Harris’ commitment to addressing climate change and social justice will be critical. To learn more about why Clean Water Action is endorsing the Biden/Harris ticket, visit this page. 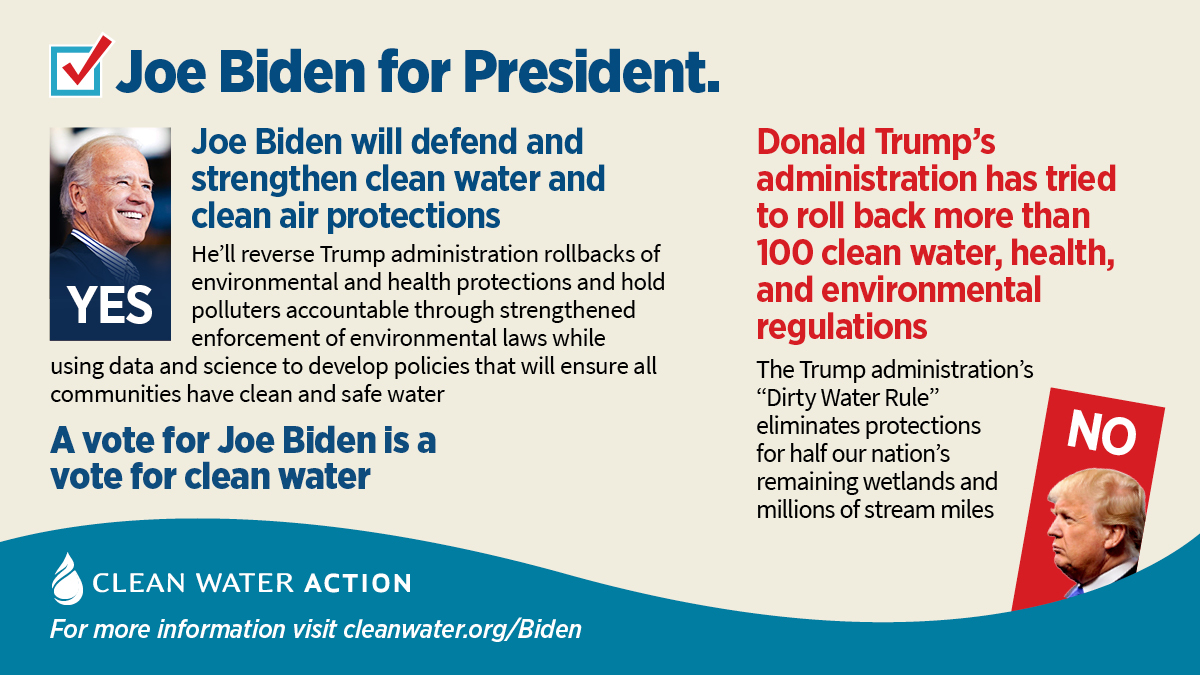 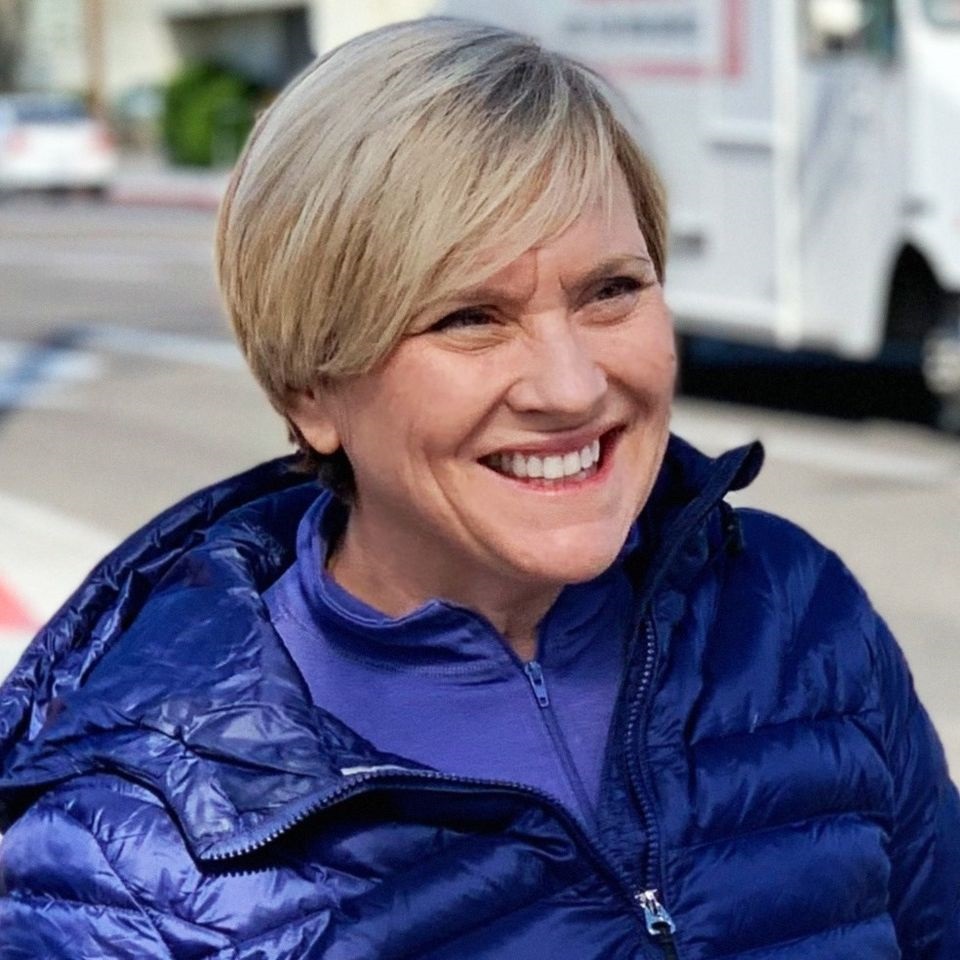 Chris Bubser will be an environmental champion and has vowed to “prioritize tackling the climate crisis and pollution, and advance the development of clean energy jobs in our district.”  She also believes “We do not have to choose between a clean environment and a strong economy.”

To learn more about Chris, visit her campaign website.

Clean Water Action is responsible for the content of this independent expenditure. It is not coordinated with or approved by the candidate or candidate committee. For more information, please contact elections2020@cleanwater.org. 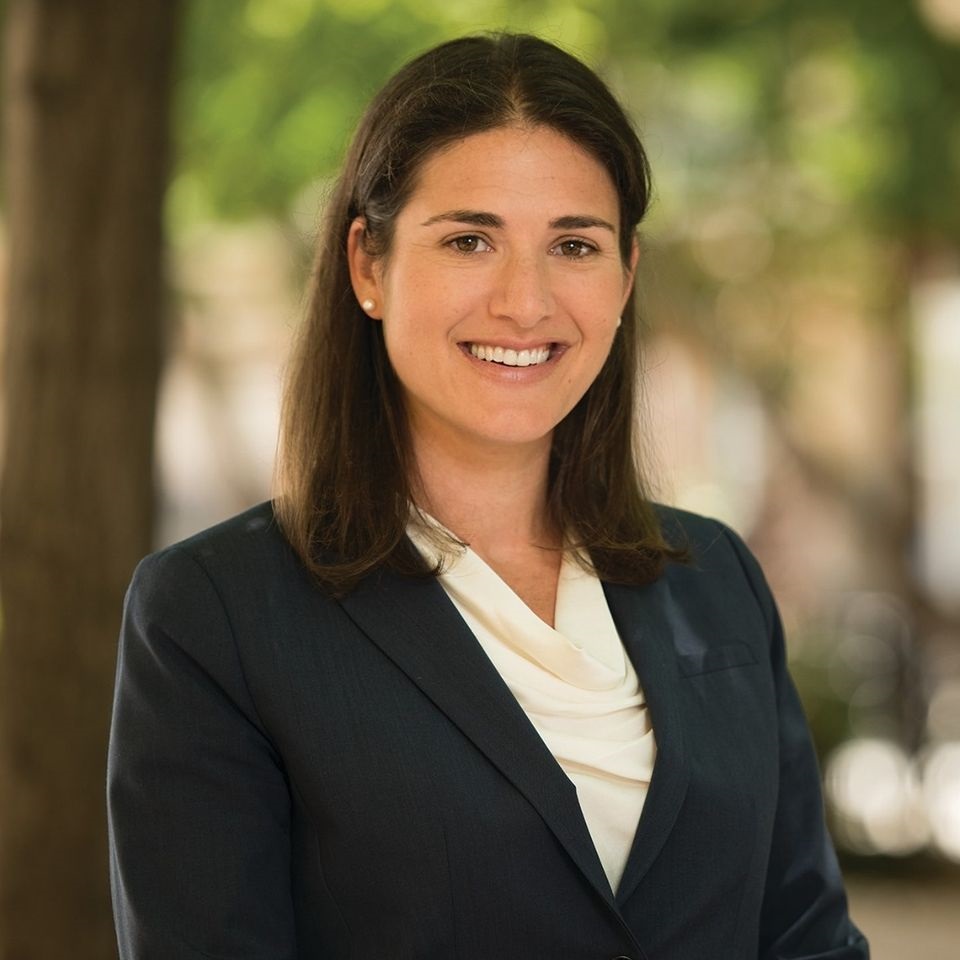 Rebecca Bauer-Kahan is running for a second term in the State Assembly, serving communities in the East Bay.  In her first term, Bauer-Kahan served on the Assembly’s Committee on Environmental Safety and Toxic Materials where she supported a number of key bills. She co-authored SB 1044, Clean Water Action’s bill to stop the use of PFAS containing firefighting foam which will help protect San Francisco Bay and state drinking water sources. She is an environmental justice advocate and has stated that “it is every elected official’s responsibility to enact laws that protect and preserve our environment in order to safeguard our future. I am proud to represent a district that cares deeply about sustainability, conservation, and innovation in battling climate change.”  To learn more about Rebecca, visit this page.

Susan Talamantes Eggman has long record of public service, first as an Army combat medic.  She later served as a member of the Stockton City Council, and on the Delta Protection Commission. Susan has been a leader in the State Assembly since 2012, including chairing the Assembly Agricultural Committee. She is now running for the State Senate representing communities in San Joaquin, Stanislaus, and Sacramento Counties, including Stockton, Modesto, Tracy, and Lodi.  This is an environmentally important district as it serves as the gateway between the San Joaquin Delta, San Francisco Bay Area, Sacramento, and the Gold Country.  Susan’s environmental priorities include addressing the serious air quality problems in the district, ensuring that local communities attract green job opportunities from the state’s efforts to combat climate change, protecting local water supplies and quality, and opposing the Delta Tunnels which put both at risk. To learn more about Susan, visit her campaign website.

Events of this year have demonstrated that racism and discrimination are a continuing reality in our society. Clean Water Action is committed to addressing overt and systemic racism both internally and within our society, and to supporting those fighting for justice and equity.  That is why we endorse Proposition 16, which repeals Proposition 209.  Passed by voters in 1996, Proposition 209 was a constitutional amendment which banned affirmative action programs in employment and education in California based on race, gender, ethnicity. Proposition 16 would not permit quotas, but would allow race, gender and ethnicity to be included as a consideration in state and local hiring, contracting and in granting access to higher education opportunities.

Since 1996 California has been a majority minority state, yet women and communities of color are still under-represented in contracting, employment and education in the state.  The pandemic has shown that race is still a factor that disproportionately affects communities of color and we see the same disparities when it comes to environmental protections.

Mayor Jose Gurrola of Arvin had the courage to stand up to Big Oil in order to protect his constituents from the environmental effects of oil and gas extraction, even when the State Legislature failed to do the same.

Arvin is a primarily agricultural community in Kern County, 15 miles southeast of Bakersfield. It is easy to ignore; it’s approximately 19,000 residents are primarily people of color subsisting on a median income of about $37,000 year.  In 2007, the US EPA listed Arvin as having the highest levels of smog of any community in the United States, and pesticides and fracking has contributed to serious drinking water contamination.   Mayor Gurrola, an Arvin native has fought back, not only putting Arivn on the national map, but passing a local ordinance to create buffer zones between oil drilling and the community.

Mayor Gurrola’s courage and his commitment to clean water, clean air, and bringing the benefits of a green economy to his city is an inspiration and Clean Water Action is proud to endorse him for re-election as Arvin's mayor. To learn more about Mayor Gurrola, see this article in The Nation.

Paid for and authorized by Clean Water Action for distribution to its members. For more information, please call (415) 369-9160 ext. 306 or email aventura@cleanwater.org

Most importantly, be a Clean Water Voter – and get at least three friends to join you. 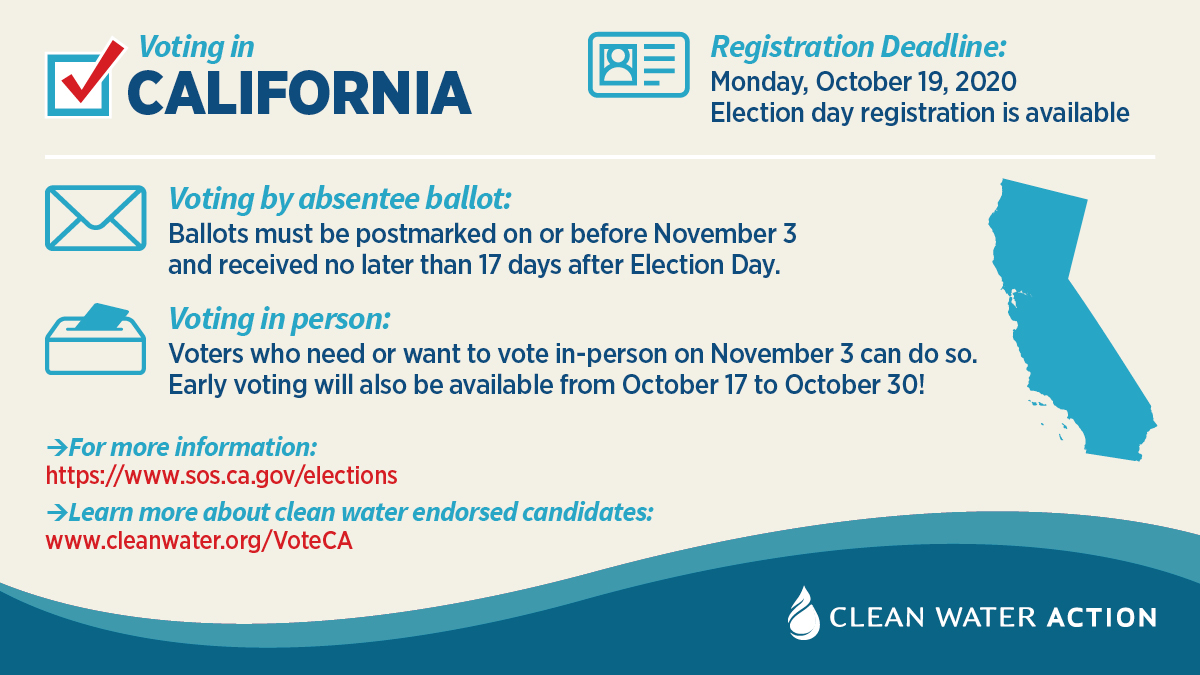