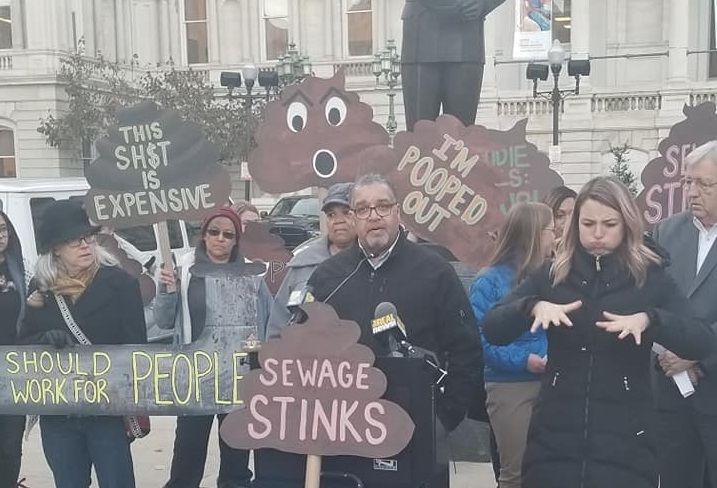 Testimony on the Baltimore City Budget

On June 8, 2021, the Baltimore City Council voted to adopt the City's Fiscal Year 2022 budget without introducing any amendments. Our budgets reflect our values, and we're paying close attention to how the city's spending is prioritizing - or not - sewage infrastructure, especially protecting people from sewage backing up into their homes. Read our comments ot the City Council below, and our comments to the Board of Estimates here.

Clean Water Action is a national environmental advocacy organization with over 6,000 members within Baltimore City. We work for swimmable, fishable waters in Maryland, for safe drinking water, and for environmentally healthy communities. Because of this commitment to creating healthy communities, we are writing in to discuss items in the budget proposal relevant to sewage infrastructure.

First off, we would recommend that in the future, there is more detail presented to the public to help clarify where funds are allocated. The way the budget is currently presented makes it difficult to do so. For example, on p. 270 of Fiscal 2022 Agency Budget Detail, Volume II, it states that the “recommended budget includes $2.5 million for the Expedited Reimbursement Program and Sewage Onsite Support (SOS) Cleanup Program... These costs are included in Activity 10: Modified Consent Decree.” However, the line item on the next page under Modified Consent Decree lists $7.4 million under expenditures; it is not clear where the additional $4.9 million is being spent.

Unfortunately, the number of sewage backups in Baltimore City has remained fairly constant over the past several years. For example, in March 2018 there were 453 backups reported to 311, in March 2019 there were 454, and in March 2020 there were 510. While there is $96 million (p. 252) allocated for wastewater projects and improvements, this is not enough. We need to invest significantly more in order to see a reduction in the trend. The Sewer Lateral Inspection and Renewal Program (p. 251) is exactly the kind of preventative work that needs to be done by the city to reduce sewer backups, especially since this addresses potential backups that are not covered by the Sewage Onsite Support program.

With the additional money ($670.3 million) coming in from the American Rescue Plan, we would advocate that a part of that funding is invested in sewer infrastructure improvements that reduce the likelihood of sewer overflows into people’s homes. This investment would not only address a public health crisis in Baltimore, but would also create much-needed jobs.