Trump’s Attacks on Landmark Environmental Laws a Threat to Texas

The Trump administration has lost little time in attempting to roll back basic protections for our nation’s water and air that have served us well for decades. Hard-won gains dating back to the 1970s are under assault, either directly or by cutting the budgets that are necessary to enforce them. The administration also wants to overturn more recent gains to protect waterways from pollution from coal-fired power plants, undo progress on climate change and clean energy, and more. Texas in particular will suffer unless we stop these attacks.

The administration’s attempt to undo the Clean Water Rule must be stopped. The Rule would restore protections to seasonal wetlands and headwater streams that were put into question during the last Bush administration. More than 70% of Texas stream miles run dry part of the year, but when wet, they connect to rivers that provide drinking water to more than 11.5 million people. Common sense and scientific consensus recognize that you cannot protect major waterways without protecting their tributaries any more than you can protect a person’s arteries without protecting their veins and capillaries.

Additionally, the administration’s proposed cuts to EPA’s budget would be devastating. In 2016 alone, EPA gave Texas more than $61 million in water infrastructure grants and another $7 million to protect waterways from polluted runoff. EPA clean air programs save an estimated 1200 lives in Texas each year, and provide $9.7 billion in health benefits.

No state would benefit more from climate protection and clean energy programs than Texas, which leads the nation in renewable energy potential and already leads in wind energy production. The administration’s plan to withdraw from the Paris Climate Treaty and to undo the Clean Power Plan is a threat to the state’s economy and public health.

All told, the new administration’s attacks on the environment are as unprecedented as they are irresponsible.

The Texas Legislature wrapped up its regular biennial session at the end of May without strengthening protections for public health and the environment as Clean Water Action and our allies in the Alliance for Clean Texas called for. However, numerous proposals that would have hurt the environment also failed, including bills to overturn local bag bans, nullify tree protection ordinances, and erode the ability of cities to protect sensitive watersheds. Clean Water Action was active on these and other issues, and canvassers and volunteers were integral parts of two lobby days where constituents met with legislative staff to convey our positions.

The legislature unfortunately made only minimal changes to the Texas Railroad Commission, the agency in charge of regulating most oil and gas operations. HB 1818 (Larry Gonzales) reauthorizes the RRC for another 12 years, per Texas’ sunset law, but fails to increase fines for permit violations, increase groundwater protections from wastewater disposal, or even change the agency’s name to reflect its actual purpose. Other, more specific bills that were intended to address these issues failed. However, HB 1818 does direct the RRC to conduct a stakeholder process where these and other issues can be heard.

Wind energy suffered a setback with passage of SB 277 (Campbell), which eliminates tax incentives for wind turbines erected within 25 miles of a military base, ostensibly in the name of safety. But Pentagon approval is already required before turbines can be installed, and 28% of existing wind capacity in Texas are already operating within these buffer areas with no threat to military aircraft. SB 277 is in reality nothing more than an unfortunate stealth attack on clean energy.

Lawmakers also: said no to measures to protect children from lead poisoning by requiring testing for lead in school water supplies; turned down a proposal directing the Texas Commission on Environmental Quality to study use of environmentally friendly methods of stormwater control, though these methods are cost-effective and bring natural elements into urban areas; and failed to ban the use of bee-killing pesticides along public roadways. The legislature also failed to act to rein in harmful discharge of treated sewage into pristine waterways above the Edwards Aquifer (see story p.3).

On the plus side, the legislature renewed funding for air quality programs (SB 1731), and made modest improvements in securing future water supply for Texans. HB 1573 requires municipal water providers have a trained water loss auditor on staff in order to assure the accuracy of reports on the amount of water lost to leaky pipes. HB 1648 requires utilities to identify a person responsible for implementing state mandated water conservation plans.

Unlike in recent years this legislative session did mostly minimal damage to the environment. But it also failed to take simple but effect steps to strengthen protections. Clean Water Action thanks you for your continued support and activism, which helped avoid far worse actions by the legislature. 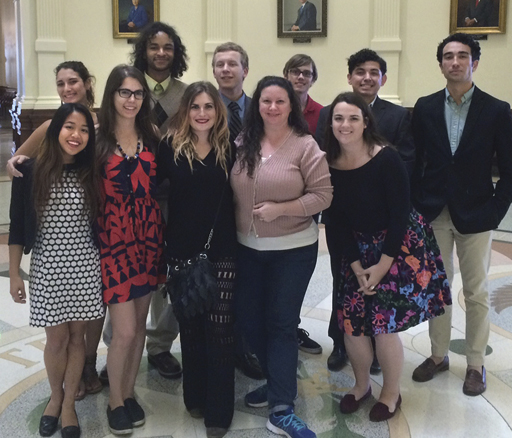 ▶ ALERT: Gov. Abbott has summoned lawmakers back to Austin for a special session beginning July 18, and has directed them to pass a measure that would forbid cities from enacting local laws to protect trees. Please stay tuned for calls to action from Clean Water Action to stop such a measure from passing.

Among its numerous other missed opportunities, the Texas Legislature failed to prevent more treated sewage to be discharged into creeks within the Edwards Aquifer contributing and recharge zones. Even when treated, sewage effluent can cause algae blooms that deplete dissolved oxygen, leading to fish kills and compromising water quality.

The Edwards is a vast underground water supply that provides habitat for numerous species and drinking water for almost two million Texans. It is also the source of Barton Springs. Most of the aquifer’s recharge enters it via fissures and sinkholes in the beds of streams that originate in the contributing zone before flowing downstream into the recharges zone.

HB 3036 (Phil King) would have banned future permits for discharge while promoting land application and re-use of treated effluent as a viable, more sustainable alternative. Land application on prepared fields allows pollutants to be absorbed by thicker soils and taken up by plants; treated effluent can also be used to irrigate parks, sports fields, etc., reducing demand for potable water. HB 3036 enjoyed the support of landowners, groundwater conservation districts, and environmentalists alike and appeared on track for passage by the full House. But it was killed along with hundreds of other bills by a Tea Party revolt near the end of the session. Two other bills that would have banned discharge (HB 3467, Howard and SB 1796, Menéndez) died in committee.

The fight to protect sensitive creeks is far from over. Clean Water Action will continue to bring pressure to bear on public officials to put a halt to this short-sighted approach to handling wastewater. 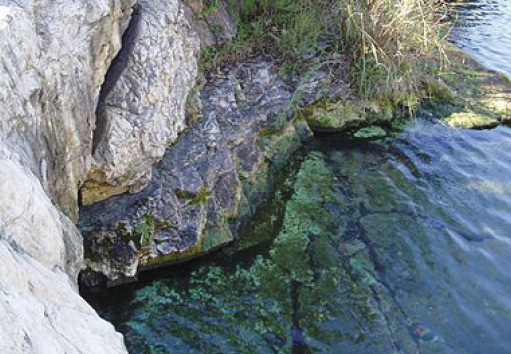 Barton Spring in Austin, Texas. The spring emerges to the surface from the Edwards Aquifer.

The small city of Dripping Springs is still pursuing a permit from the Texas Commission on Environmental Quality that would allow it to discharge up to 995,000 gallons of treated sewage into Onion Creek (see photo) each day. This risks destroying a pristine creek that provides the Barton Springs portion of the Edwards Aquifer with about 50% of its recharge. Clean Water Action community canvasses have collected close to 1,000 letters to state legislators and the TCEQ objecting to the permit.

In a major victory for Clean Water Action and the environment, Bluestone Natural Resources has dropped plans to drill a disposal well a mere 400 feet from Lake Arlington and 9,000 feet from its earthen dam. Lake Arlington provides drinking water for more than 500,000 North Texans. Bluestone had sought permission from the Texas Railroad Commission to discharge up to 25,000 barrels of wastewater from fracking operations into the well each day. Frack wastewater contains numerous toxic chemicals, and seismologists have linked injection to earthquakes that have plagued the region in recent years, as oil and gas operators force large volumes of wastewater below the surface. Clean Water Action canvass teams collected hundreds of letters of opposition to the Commission, joining the cities of Fort Worth and Arlington, the Trinity River Authority, and thousands of local residents in opposing the well.

The Bureau of Land Management (BLM) auctioned off parcels of federal land near Texas reservoirs for fracking operations in early June in spite of overwhelming opposition. Last year, Clean Water Action played a key role in BLM’s decision to shelve a similar plan that included parcels on Lewisville Lake. Lewisville serves as a major drinking water supply for the DFW Metroplex, and its aging earthen dam could be compromised by increased soil subsidence or fault slippage from drilling or injection.

Sadly, the June BLM auction includes parcels adjacent to Lake Somerville, Choke Canyon Reservoir and Lake Texana; the latter two are drinking water sources for Corpus Christi and 17 other cities that together serve more than 500,000 people. Clean Water Action joined the cities of Corpus Christi and Brenham, and several other environmental groups, in opposing the auctions.

Thanks to all our members and event sponsors who made Clean Water Fund’s Spring for Water 2017 a huge success!