The Texas Commission on Environmental Quality (TCEQ), the state agency in charge of regulating most polluting activities in Texas, is up for sunset review. Sunset review is a multi-step process which by law every state agency must undergo every twelve years. For the TCEQ the process began this fall with a self-evaluation and concludes with a decision by the Legislature in 2023 to abolish or reauthorize it, potentially with detailed directives for better performance. Sunset provides the public with rare opportunities to submit recommendations for improvements that must be responded to in writing. 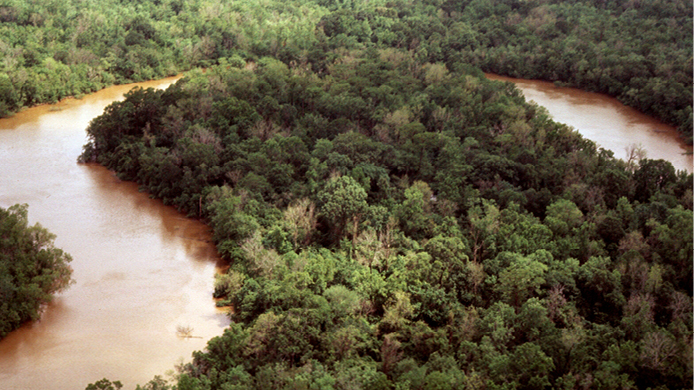 It is not hard to identify areas for improvement. TCEQ has failed to protect Texas’ lakes, rivers and estuaries from polluting discharges in spite of its 1998 agreement with EPA to do so (see “Groups Petition EPA” on page 3). TCEQ consistently fails to update water quality standards for lakes and rivers which help determine how much pollution they must receive. Additionally, TCEQ’s mission statement specifically charges it with fostering economic development, which leads it put the interests of corporate polluters above that of public health. And TCEQ falls short on racial justice, refusing to consider the cumulative impacts of permitted discharges on communities of color even though polluting industries are disproportionately sited in their neighborhoods.

Clean Water Action and the Alliance for a Clean Texas will submit specific proposals for improving the agency as part of the sunset process, and invite  our supporters to do the same. Among Clean Water’s recommendations: assess fines for permit violations high enough to act as a deterrent to continued violations, and punish repeat violators more; establish a well-funded environmental justice office and take into account cumulative impacts on communities of color when making permit decisions; and stop using public resources for politically motivated attacks on climate science, health-based ozone pollution standards, and more. Stay tuned for updates on how you can help as this process unfolds. 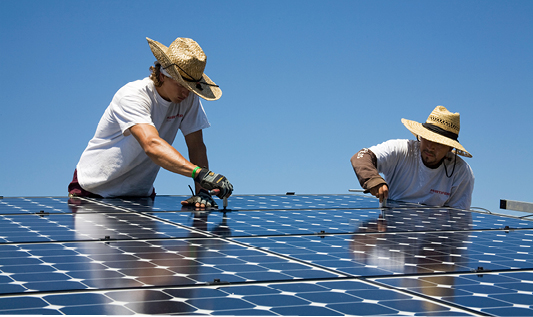 The Pedernales Electric Co-op (PEC) is considering a plan that would impose new fees on customers who want to put solar panels on their homes and would pay both existing and future solar customers less money for the energy these panels produce. First given preliminary approval by the board in late 2020, this plan has been put on hold in the wake of protests from PEC members, the companies that install solar panels, and environmentalists. The board is now awaiting results from a “value of solar” study that will, in theory, quantify the costs and benefits of investing in solar, with a final decision expected in December.

Solar offers a wide range of direct benefits, including avoided expenditures for new power plants, fuel supply, transmission lines, and maintenance. Solar can help shore up the electric grid, and solar performed better than natural gas or coal during Winter Storm Uri. Renewable energy is a key strategy in fighting climate change that is ravaging our planet, and solar does not pollute the air like fossil fuels. And no state stands to benefit more economically from investments in renewable energy than Texas.

The PEC is the largest electric co-op in the nation, providing energy to some 340,000 households in a vast swath of territory that stretches from the rapidly growing Austin suburbs all the way to Junction. With another winter approaching and world leaders focused on a plan to restore the health of the climate, now is not the time for the PEC to undermine support for clean, dependable solar energy.

If you are a PEC customer, please email your board and tell them not to impose burdens on members who opt for clean, renewable solar energy! 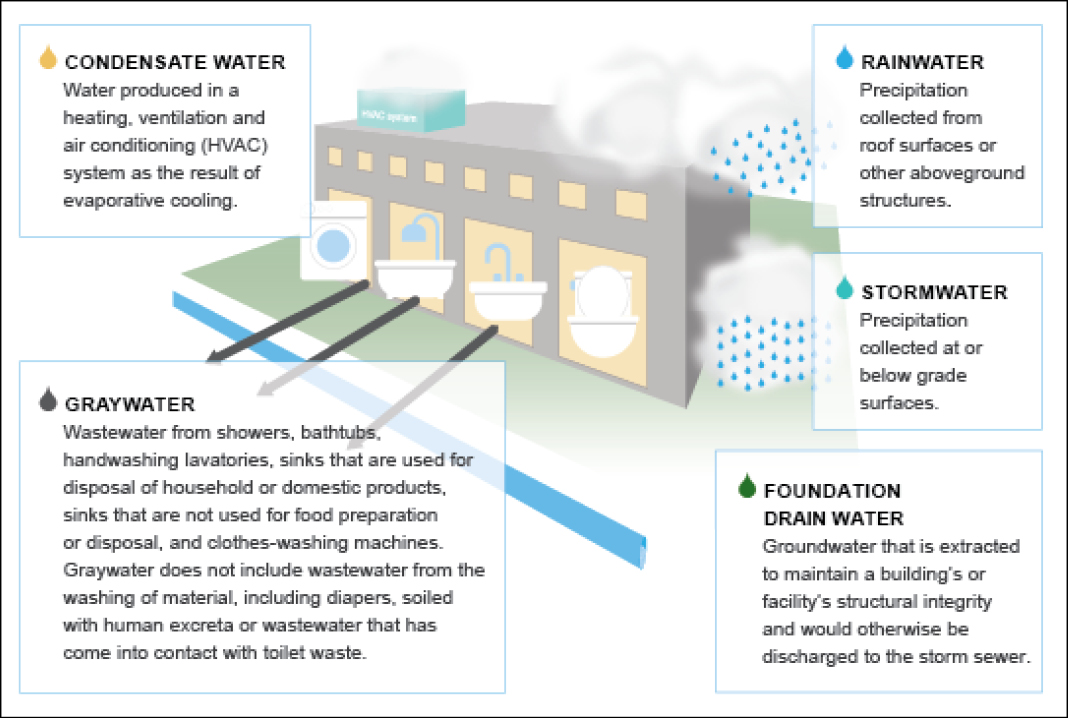 The Austin City Council took a major step forward in securing the city’s future water supply in October, giving final approval to requirements that new developments of 250,000 sq. ft.and more use rainwater, stormwater, AC condensate, and even treated wastewater onsite for non-potable purposes. Instead of handling these water streams like nuisances to be conveyed to the nearest creek or a distant treatment plant, the new approach will use them for irrigation, toilet flushing and as makeup water in cooling towers. The plan also expands use of the city’s reclaimed water system, which treats sewage to non-potable standards and then distributes it back into the city through a growing network of purple pipes. Large new developments within 500 ft of one of these pipes will have to connect to the network.

This new approach requires developments to install two systems of plumbing, one for drinking water and the other for non-potable water. Though dual plumbing raises the upfront cost of construction, this cost can soon be recouped, as people who use or live in the buildings will need to purchase far less potable water. The approach will also save money for the entire community by reducing the amount of raw water that must be purchased, treated, and distributed to meet the growing city’s needs. Capturing stormwater and using it onsite has the added benefit of mitigating localized flooding and reducing polluted runoff into local waterways.

Clean Water Action applauds Austin’s program, which can serve as an example to cities around the country, especially in the arid west where frequent drought and ongoing climate change are placing enormous stress on water supplies.

Clean Water Action filed a petition with twenty other organizations in September calling on the US Environmental Protection Agency to revoke Texas’ authority to regulate polluting discharges into its lakes and rivers. The groups assert that Texas has failed to protect these waterways as required by the 1972 federal Clean Water Act, a failure that should compel EPA to resume direct management over the state’s broken permitting program. 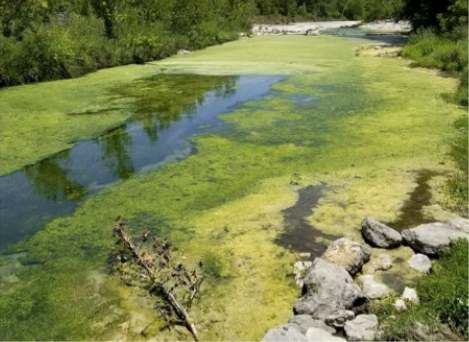 EPA customarily delegates authority to enforce federal environmental laws to the states, provided they pledge to implement the law effectively. Texas signed an agreement with EPA in 1998 detailing how it would regulate polluting discharges into surface water. The Texas Commission on Environmental Quality (TCEQ) is charged with the task of implementing the state’s program.

The petition documents the ongoing, systematic failure of TCEQ to fulfill the agreement. As a result of this failure, some 9,711 miles of the state’s rivers, 590,214 acres of its lakes, and 1,248 square miles of its estuaries are so polluted they are considered “impaired” under the Clean Water Act. Yet TCEQ continues to grant new permits for polluting discharges, typically claiming that their impact is “de-minimis” — too little to matter.  To cite two examples, in 2006, TCEQ approved a permit for a sewage treatment plant near San Antonio to discharge 500,000 gallons of wastewater a day into a clear Texas Hill Country stream; and in 2013 TCEQ approved a permit to allow a coal-fired power plant in Robertson County to discharge 1.67 billion gallons of wastewater a day into the Twin Oak Reservoir.

The petition further demonstrates that Texas imposes unreasonable limits on the ability of members of the public to protest proposed permits even when they are directly impacted, a clear violation of the Clean Water Act. And the petition documents multiple cases where TCEQ has failed to take meaningful enforcement action when discharges from wastewater treatment plants and other polluters exceeds volumes allowed by their permits.

“The TCEQ’s failure to enforce the Clean Water Act has exposed Texas waterways and the people and ecosystems that depend on them to enormous risk,” notes David Foster, Clean Water Action’s Texas Director. “If Texas does not clean up its act, then EPA needs to resume direct management of protecting our waterways.” The groups have the option of taking the matter to federal court if EPA does not hold Texas accountable.

Clean Water Action continues to work with the “no dumping sewage” coalition to curtail discharges of sewage effluent into Hill Country waterways. TCEQ is all too eager to permit these discharges even in the face of overwhelming evidence of the harm they do, due to their high nitrate and phosphates loads. The coalition is considering a rulemaking petition that would compel TCEQ to open a public process to examine acceptable levels of nutrient loading.

The Texas Legislature has approved new maps for state legislative and congressional districts that put a damper on representative government. The state’s population grew by 16% from 2010 to 2020, entitling it to two additional seats in the US House of Representatives. People of color accounted for 95% of this growth, with Hispanics now almost equal in number to non-Hispanic whites.

Frustratingly, Republicans who control the legislature chose not to reflect these demographic shifts in the new maps. The number of congressional districts with Hispanic majorities falls from 8 to 7, while 23 of the state’s 38 districts will have white majorities. Black Texans only have a majority in a single district, and another 8 congressional districts have no majority. The new maps for the state house follow a similar pattern: 89 of the state’s 150 seats will have a white majority, up from 83 currently. The number of districts with a Hispanic majority drops from 33 to 30, while the number of districts with a Black majority falls from seven to six.

Numerous groups have filed suit against the maps, alleging racial discrimination. While welcome, these cases could take years to resolve. Texas’ blatant racial gerrymandering demonstrates the clear need for the US congress to pass new voting rights legislation that enables people of color to have the representation they need and deserve in Texas and across the nation. 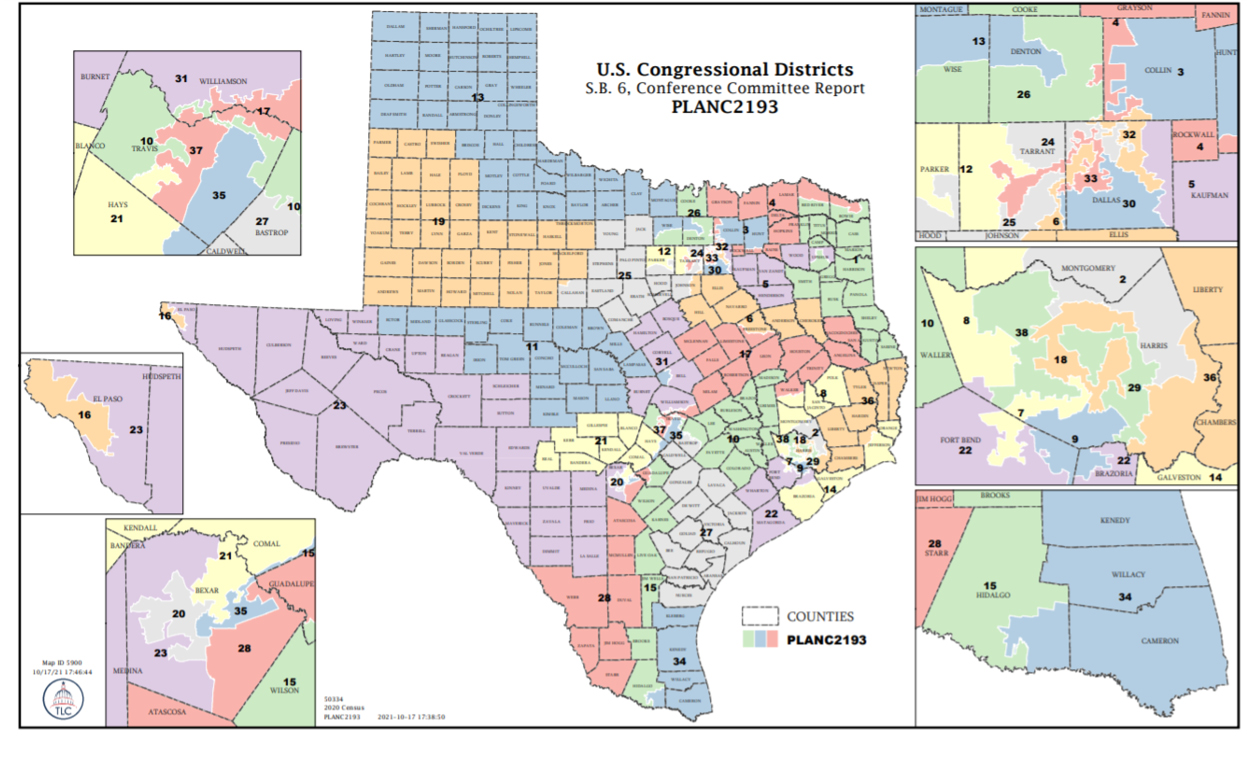