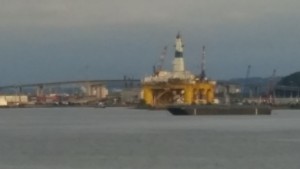 Like a pimple on a prom date, The Polar Pioneer, the massive rig that Shell will use to drill in the Arctic showed up in Seattle one morning a few months back. The scale of it was stunning. It imposed itself on the waterfront skyline. Looking west from my apartment, you couldn't miss it. On the ferry to Bainbridge Island or Bremerton, it was the biggest thing you saw.

And every time, my only thought was, "how stupid is this?"

Drilling in the Arctic is a bad idea. It is one of the most unique and important habitats in the world; it's remote , hostile, and cleaning up a spill would be nearly impossible; Shell's track record in its attempts to drill in the arctic is terrible; the federal government estimates that the chances of a spill are 75%; Federal regulations on arctic, offshore drilling aren't complete yet.

And, most importantly, this oil has to stay in the ground. It is unburnable. If we want to have any chance at hitting any of our climate budget we can't pump oil from the Arctic.

That's why was so proud when the kayaks showed up a few days after the Polar Pioneer sailed into port. It started with a handful, tracking the rig on its way in. Then, one day, hundreds showed up. They surrounded the 307 foot tall drill and raised their voices and their paddles. That's when the world started paying attention. And that's when the Kayaktivists got their name.

The Polar Pioneer sailed away a few weeks later and is on its way to the Chuckchi Sea, near Alaska, with the rest of Shell's Arctic armada. They have run into a few problems along the way, but expect to start drilling soon. Which makes today's protests in front of the White House even more critical.

The Kayaktivists are back - protesting in Lafayette Park and across the nation. Find out if there is an event near you here. Because this is a movement that requires all of us. We all need to stand up, raise our fists (and our paddles) and say sHELL NO.

A final note - The Seattle Times had this to say in their non-endorsement of an incumbent City Councilmember Mike O'Brien:

He has shown that his hard work and intellectual rigor can be undone by his far-lefty ideological orthodoxy.

The clearest example is O’Brien’s grandstanding as the lead “kayaktivist” against the Port of Seattle’s lease for Shell oil exploration in the Arctic. As a council member, O’Brien must have known the protests would have little practical effect on Shell, which indeed floated a rig right past his kayak.

If I could, I would vote for Mike O'Brien twice. What he showed, as a Kayaktivist and in the fight against coal trains through Seattle is exactly the type of leadership we need across the country. I'm grateful, and proud, to live in a city with elected officials who are part of the fight against climate change. 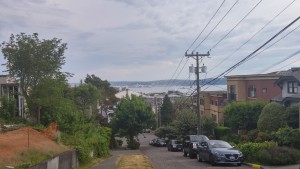 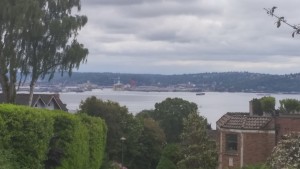 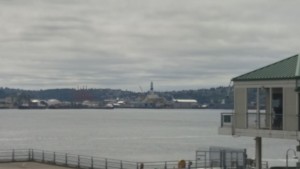