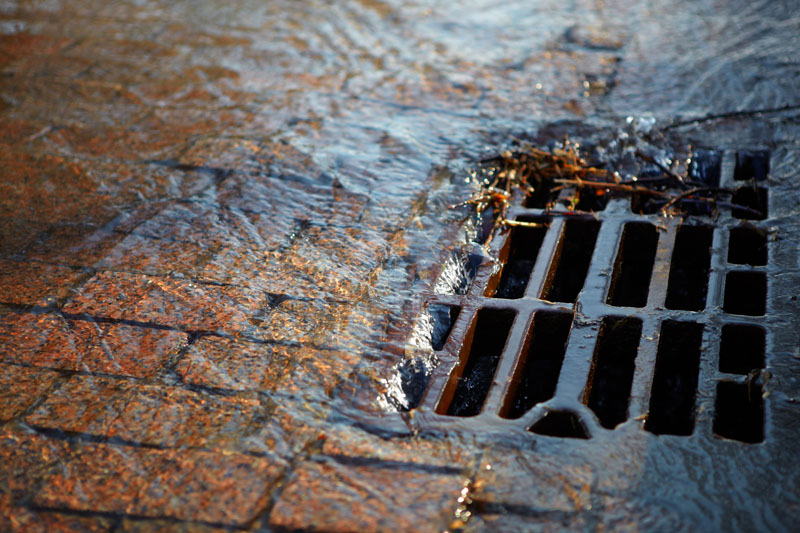 The Rhode Island Department of Transportation has been called out by the federal government for years of failure to comply with the Clean Water Act, neglecting its drainage systems and allowing runoff from highways to pollute more than 200 bodies of water in our state for years on end.

According to a complaint filed by the U.S  Department of Justice, RIDOT failed to evaluate the impact of its systems on water bodies or detect illicit connections and discharges of pollutants, didn’t inspect, clean or repair its drainage systems or catch basins; and neglected to adequately sweep streets to reduce contaminants. The result was 235 polluted water bodies that, in turn, also dumped pollutants into Narragansett and Mount Hope Bays.

Now, under a consent agreement currently before U.S. District Court, the state will have to immediately inventory its drainage systems and submit comprehensive plans for cleaning, repairs and regular maintenance; identify and eliminate illicit connections and pollution sources, and pay a civil penalty of $315,000.

There was a significant failure of management, lack of planning and inadequate funding that went unchecked for a decade and a half leading Rhode Island to this point. This is extremely disappointing to me as a Rhode Islander who appreciates the environment, a taxpayer and as a (relatively new) lawmaker in our state.

It is encouraging that all the parties involved — the Environmental Protection Agency, the Department of Environmental Management and the DOT — seem committed to correcting the problem. Yet, as I stated in a letter I submitted during the public comment period on this agreement, there is little sense in the fine, which is insignificant in relation to the length and breadth of the violation and would not be used to fund any of the mitigation.

The fine would ultimately be paid by the taxpayers of Rhode Island, who have already suffered the damage to their environment and the mismanagement of their state’s limited resources. Forcing Rhode Island taxpayers to pay the civil penalty to the federal government assigns the punishment to the victims while doing nothing to mitigate any of the harm caused by stormwater pollution in Rhode Island. If there is going to be a monetary penalty, shouldn’t it be a requirement that the department commit specific resources to fixing the problems, like buying street sweepers or hiring staff to clean storm drains?

I am also disappointed that the consent decree does not provide any incentive for compliance. Rhode Island’s current administration, which inherited this problem, has been cooperative and interested in addressing the violations. But there is no guarantee that future administrations will be as willing, particularly when faced with the challenge of mitigating these issues alongside addressing the problem of highways and bridges that have suffered similar neglect over the same period, with limited resources.

For that reason, I prefiled legislation for the legislative session requiring the Department of Transportation to submit regular reports to the General Assembly on its efforts to comply with this agreement. At least the additional level of transparency and oversight can help protect our state’s natural resources from similar neglect in the future.

Clean water is an obvious necessity anywhere, but Rhode Island in particular ought to be vigilant about its obligations to protect our waterways. Not only are we the Ocean State, where several substantial portions of our economy are dependent on a healthy freshwater and marine environment, but our own late Sen. John H. Chafee was the sponsor of major components of the Clean Water Act. The RIDOT must make good on its responsibility under the law, mitigating past problems and taking the necessary steps to protect the environment now and in the future. I am hopeful that the Department of Justice and RIDOT will use this moment as an opportunity to better guarantee the protection of Rhode Island’s water, one of its most important resources.