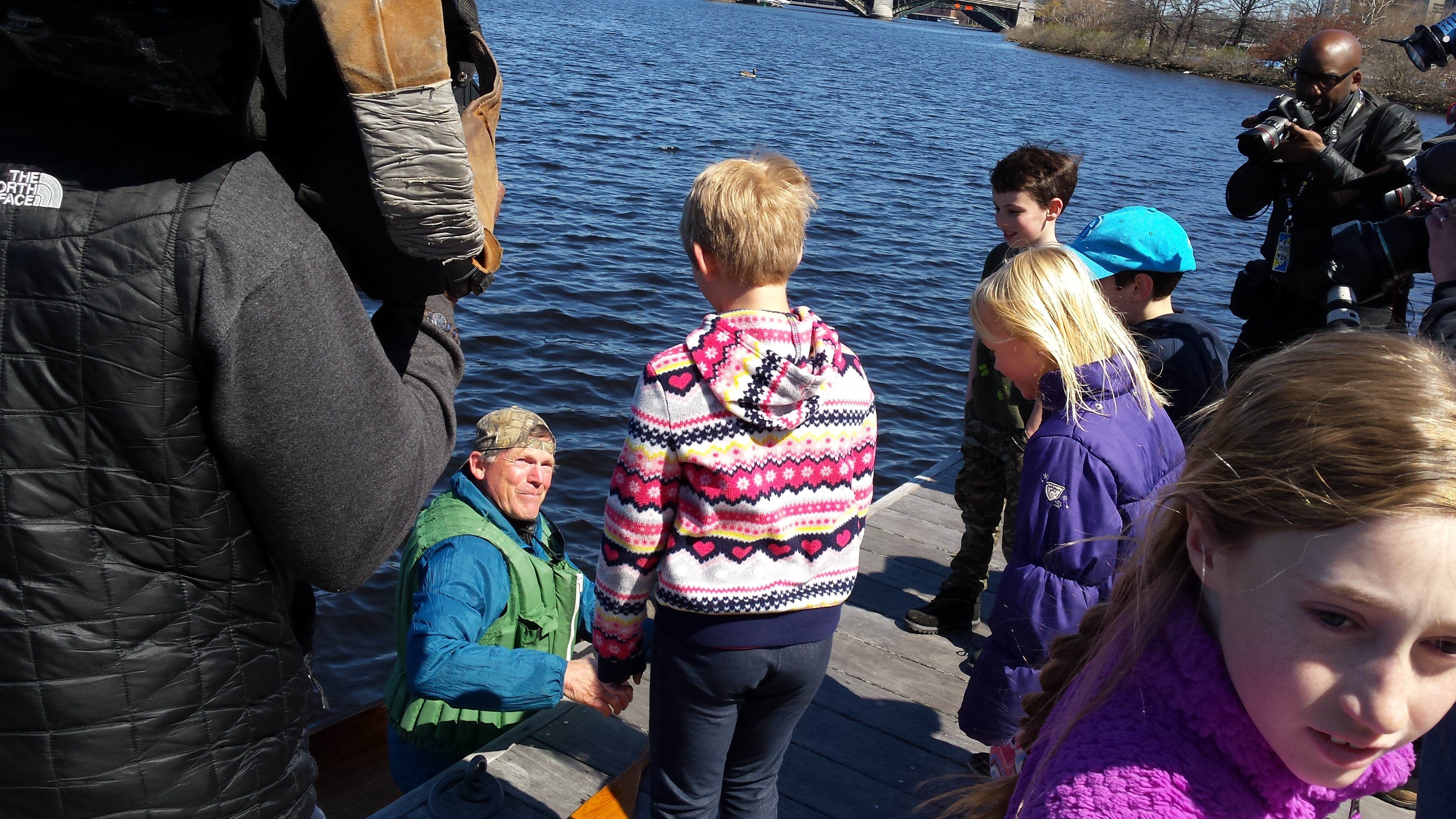 A River Quest, a Canoe and a Commitment to #MakeGEPay

When Denny Alsop first canoed across Massachusetts in 1988 (see the New York Times) to raise awareness of water pollution and push for environmental progress, he probably did not expect to be making the same trek nearly thirty years later. But General Electric's February statement that it would fight the EPA's proposed cleanup plan for the Housatonic River convinced him that there was need to push hard for true restoration of the waterway still tarnished by toxic PCBs.

Early in 2016, GE announced it would relocate to Boston and receive a whopping public subsidy from the city and state for doing so. The pairing of corporate welfare and outstanding pollution enraged neighbors of the Housatonic as well as many Boston-based groups, who called out GE for a wide range of socially irresponsible behaviors.

About a month ago, I heard that GE announced that it was backing away... from the "Rest of River" plan. That didn't surprise me. What did surprise me was that Governor Charlie Baker announced almost at the same [time] that GE headquarters we relocating from CT to Boston. So I decided to pick up the paddle. - Denny Alsop

PCBs are persistent and highly hazardous chemicals that accumulate in our environment and in wildlife as they travel up the foodchain. In short, they're the real deal when it comes to toxic waste. Advocates like Tim Gray of the Housatonic River Initiative have sharply criticized GE's resistance to cleanup of PCBs and have in fact urged that the EPA go further in their cleanup.

If you read the letters [GE] sent to the EPA over the past month, they're the most audacious poster letters for corporate greed and not caring about the environment - Tim Gray, Housatonic River Initiative, 4/20/2016

We commend leaders like Tim and Denny who have fought for decades to restore and protect the Housatonic. Their activism and commitment is inspirational and has helped lead to earlier chapters of water restoration and build momentum for policy change like the 1996 Rivers Protection Act.

It's clear the recent trek has also and already made an impact. Just one day after Denny's arrival in Boston, Governor Baker came out in support of the EPA's plan to clean up the Housatonic, and the voyage has generated incredible attention statewide to the problems plaguing the river.

Advocates will continue to work to hold GE accountable for its toxic legacy, and as they do, we can all take heart in Denny's example. Ultimately, this is not just about punishing one bad actor, but about fighting for the environment we live in and the communities we want to build--and we have to draw strength from that vision. Denny said it best during his arrival in Boston: "I come from love of my river."