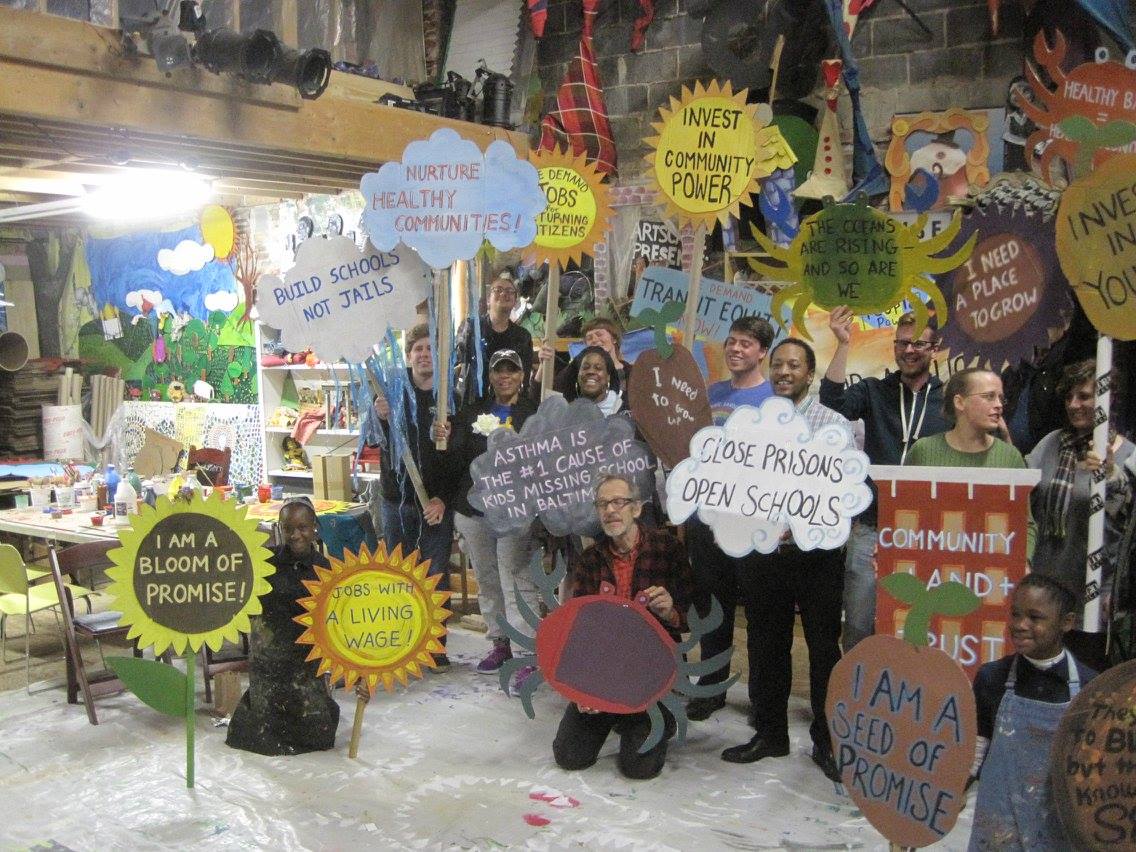 Mobilize and Localize: catching up with our local work

A few weeks after Maryland's whirlwind of a legislative session, it's time to dive deep on our local level campaigns.  Clean Water Action supporters across Maryland are fighting for clean air and water, healthy communities, a life-sustaining climate, and a meaningful democracy.  Here's what's going on - and how you can join in.

Fighting climate change and failed development: In Baltimore, we've been working with environmentalists, labor organizers, human rights advocates, and many more to mobilize hundreds of Baltimoreans to the People's Climate March this Saturday.  With local rallies, open mikes, art builds, and more in the past two weeks, we're ready to tell Baltimore's history of environmental injustice and racism at the march - and then bring that energy home to local campaigns like the United Not Blighted rally on May 13 through an ongoing People's Climate Movement.  Here's how to get involved.

Building the energy economy of the future: Last month, we submitted 400 letters to the Public Service Commission urging them to think big on offshore wind.  If Maryland accepts the largest wind farm proposal under consideration, it could be enough to tip the scales and bring offshore wind turbine manufacturing to Baltimore, creating thousands of good-paying jobs in areas like Sparrow's Point.  Now, we're waiting for the Commission to release their decision by May 17 and continue to organize Baltimore communities against the dangers of crude oil trains.  Baltimore's valuable port infrastructure is a powerful force to either fuel or fight climate change - let's use it to fight.

Creating a democracy that works: In Howard County we are working with Fair Elections Howard to pass legislation creating a Citizens' Election Fund, which creates a matching program for candidates who only use small donors. Howard County voters passed a referendum enabling this type of program in 2016.  If you live in Howard County, your Council representative needs to hear from you - here's how to get involved.

Protecting drinking water: As part of the Clean Water Frederick team, we've been working to build awareness of water quality in Frederick's stream and rivers, which are some of the most polluted in the state.  Alongside the Potomac Conservancy, Stream-Link Education, and neighborhood organizations, we've been hosting community workshops on how residents can use their own land and resources to protect their drinking water.  There's one coming up in Urbana on May 6 - click here to register!  The Monocacy River and Lake Linganore, two severely polluted bodies of water, account for 68% of Frederick City's drinking water - and projects like buffer zone tree plantings help improve it.

Want to celebrate our victories so far, hear from our allies across the movement, and build toward more local successes?  Join us for our Annual Celebration on June 1!