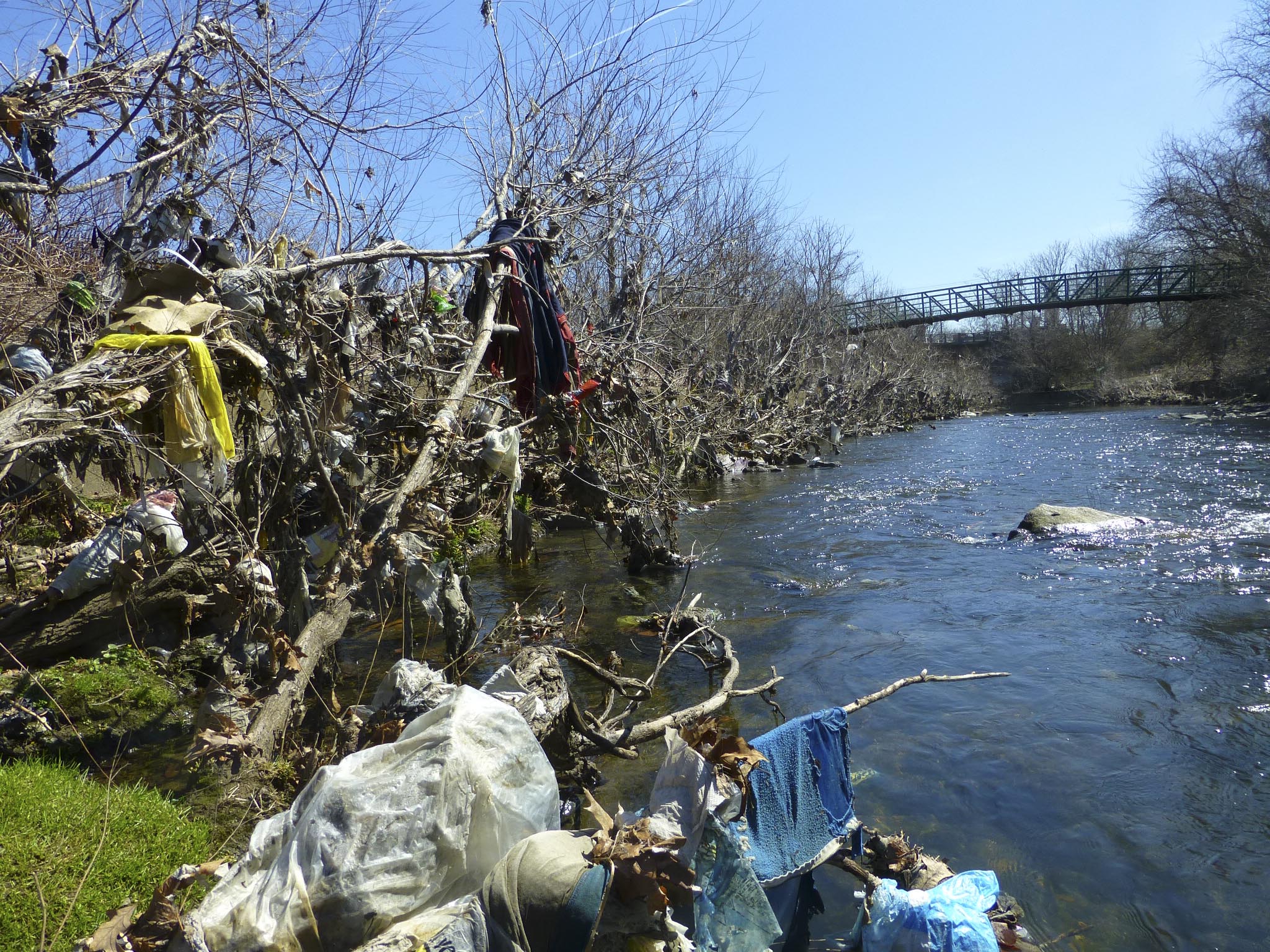 During COVID 19: Reusable Bags are Still the Better Choice

Don’t let the plastics industry fool you: reusable bags are still the way to go when doing your shopping, not plastic. They were the best choice before COVID-19 and remain the best choice during the pandemic. Studies show that bringing a freshly washed reusable bag is a better option than using a single-use plastic bag where viruses can live longer on the surface.

Unfortunately, the plastics industry is using false claims during the pandemic to unravel all of the progress we’ve made by urging leaders to ban reusable bags in Philadelphia. Please join our campaign! Start by writing to City Council NOW and email me to learn about other ways you can help. Also, if your store has stopped allowing the use of reusable bags, please contact them and urge them to allow reusable bags again but until they reverse this policy ask for recyclable paper bags at checkout.

Legislation to ban single-use plastic bags has been adopted in 127 countries and over 400 municipalities in the United States. Philadelphia joined the ranks on December 31, 2019, when Mayor Jim Kenney signed the Bag Ban Bill into law.

This same day, Chinese authorities treated dozens of cases of pneumonia-like illness that World Health Organization researchers would eventually name COVID-19.  A month later China reported 1,113 deaths and confirmed 44,653 new cases of the virus. By late February, COVID-19 began to spread through Europe, the Middle East, and Latin America with cases being confirmed in the U.S. in early March.

The rapid spread of COVID19  raised public concern and sent public officials scrambling to respond. The plastics industry exploited this moment by launching a misinformation campaign that Greenpeace has described as a well established public-relations strategy designed to create a crisis-driven media “echo chamber”: repeating false messages through an orchestrated series of articles, op-eds and editorials, and social media.

The narrative for the campaign was summarized in a March 18 letter authored by the Plastics Industry Association (PIA). They wrote, “Study after study after study has shown that reusable bags can carry viruses and bacteria, spread them throughout a grocery store, and live on surfaces for up to three days.”  A widely shared article, Greening Our Way to Infection by John Tierney, cites another2018 study to support his claim that “reusable tote bags can sustain COVID-19 and flu viruses—and spread the viruses throughout the store.”

This led to Maine, New Hampshire, and Massachusetts suspending or delaying the implementation of their plastic bans in March with Oregon and California following suit in April, all using reasons that echoed the industry narrative.

These studies have become the cornerstone of the industry narrative. Yet the industry’s claims misrepresent the intent and the findings of the studies; to date, there is no evidence that reusable bags have resulted in illness. In reality, the troubling concerns being raised in these studies are about the very product the industry is promoting: plastics.

A review by Upstream Solutions offered that one of the studies was conducted in 2011 and funded by the American Chemistry Council, a trade association representing the plastics and chemical industries. The results from this study were carefully reported, selective ignoring results that showed reusable polypropylene bags can contain bacteria and that washing the bags removed over 99.9% of bacteria.

A similar study performed in 2018, gave volunteer shoppers polypropylene reusable grocery bags sprayed with a harmless surrogate that mimics norovirus transmission. The data showed that the surrogate virus was found on all surfaces touched by the shopper, including the purchased groceries, with the highest concentrations on the shopper’s hands, the checkout stand, and the clerk’s hands. It suggested education programs promoting personal hygiene and washing of reusable bags, not replacing them with single-use plastic bags as the most effective solution.

The third study cited by the Plastics Industry Association documented an incident published in The Journal of Infectious Diseases in June 2012 where nine members of a girls soccer team were sickened by the transmission of norovirus and spread the virus through out a hotel room- causing it to land on everything in the room, including the surface of a reusable grocery bag that later tested positive for the virus.  An editorial synopsis of the paper stated: “Unfortunately, the authors were unable to differentiate between the handling of the food packaging versus consumption of the foods they contained. Additionally, there was no assessment of handling of the grocery bag as a stand-alone risk factor.”

Environmental Science & Technology recently published Single-Use Plastics and COVID-19: Scientific Evidence and Environmental Regulations, which included a review of the letter from the Plastics Industry Association. They summarize: “the three scientific studies highlighted in the PIA letter to support their premise that reusable grocery bags place people at substantial risk to SARS-CoV-2 infection are of questionable applicability. Further, the U.S. Food and Drug Administration recently stated: “Currently there is no evidence of food, food containers, or food packaging being associated with the transmission of COVID-19”

The Center for Disease Control has confirmed that COVID 19 is spread mainly from person to person, through respiratory droplets produced when an infected person coughs, sneezes, or talks. The droplets can also land on surfaces with the potential to infect people who touch the surfaces and then their faces.  Moisture lingers on plastic surfaces, while it is absorbed into and dried on paper and cloth.  Thus the virus survives the longest on plastic surfaces (up to seven days) and the shortest on paper and cloth, 3 to 24 hours. Under these circumstances, the safest approach for shoppers, grocery store workers and the environment is for us to take responsibility as shoppers to choose recyclable paper grocery bags or to bring a freshly washed reusable cloth or canvas shopping bag to a self-service checkout line.

Time to take a stand.

History is replete with examples of those motivated to exploit a crisis for political ends or financial gain, such as our current circumstance. This causes a setback for our efforts.But we will succeed if we persevere and continue advancing movements at the local level that succeed in ending our reliance on plastics. In Pennsylvania, that means delivering the strongest possible policy in Philadelphia, which is a fight being waged on two fronts.

The first is preserving what we already have. We must ensure that Philadelphia doesn’t succumb to the plastics industry’s pressure tactics. We must also break its grip on some members of the Pennsylvania General Assembly, which has led to continued delays of municipal bans, fees, or surcharges limiting the use of single-use plastic bags. Despite the delays imposed by the state legislature, our efforts to adopt local policies send a message to the investors seeking profitable alternatives.

The second front is correcting the shortcomings in Philadelphia’s plastic bag ban signed into law by Mayor Kenney in December.  Councilmember Squilla has pledged to introduce the BYOBag Bill to do this. The current law does not impose fees on single-use paper bags and will compel retailers to increase the cost of all goods to cover the expense, estimated at $80-100 million. This is a cost we will all share as consumers, placing a disproportionate burden on the poor and a disincentive to choose reusable bags.  Fees on single-use bags motivate reuse and have reduced the use of all single-use bags in other cities by up to 80%. Twelve votes from Philadelphia City Council will make this change veto-proof, and constituent support will be essential to secure them as sponsors for the new legislation.

Working locally we will overcome the petrochemical industry’s misinformation campaign, sending a message to their investors, press elected officials to adopt policies that are equitable, improve our quality of life and fight blight from litter in our neighborhoods.

Please join our campaign! Start by writing to City Council NOW and email me to learn about other ways you can help. Also, if your store has stopped allowing the use of reusable bags, please contact them and urge them to allow reusable bags again but until they reverse this policy ask for recyclable paper bags at checkout. Together, let’s make it happen.