Clean Water Action and Clean Water Fund have moved to work from home nationwide and our field operations have been suspended as we wait for a time when we can once again meet with people around our region safely. Our programmatic work continues, and stay tuned for upcoming discussions on the Department of the Interior and the impacts of car-centric planning in Baltimore.

In the District of Columbia, Clean Water Action is leading COVID-19 infrastructure/capacity fundraising for the Anacostia Park & Community Collaborative (“APACC”) — a network of 31 organizations working together to build a community-based vision for the Anacostia River corridor, increasing the capacity of individual organizations to accomplish their missions. APACC created a member-accessible grant fund providing COVID-19 organizational capacity and resources to our members and especially to those engaged in COVID-19 response programs and other critical support to urban communities in Wards 7 and 8. 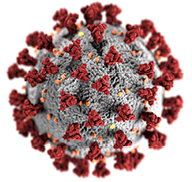 Wards 7 and 8 have the highest concentration of minority populations in the District, the vast majority being African Americans disproportionately impacted by the health and environmental disparities amplified by the pandemic. With only three full-service grocery stores, disparities in access to healthy food for residents in lower income communities means that residents must travel further and pay more for transportation or must rely on convenience stores, which often lack nutritious foods. Lack of access to healthy foods leads to poor health outcomes and negatively impacts socioeconomic mobility.

Through the generous support of the Chesapeake Bay Funders Network and the Conservation Fund, the APACC Fund has raised $38,000 to date for community-based COVID-19 resources.

The APACC Fund is directed by a steering committee led by people of color and local leaders who live and work in Ward 7 and 8 communities disproportionately impacted by health and environmental inequities and injustices. To support the APACC Fund in providing community resources during this crisis, contact Michael Bochynski at mbochynski@cleanwater.org. Learn more at www.anacostiaparkcommunity.org

LWCF Bag Project: Clean Water Fund has partnered with local DC restaurants and grocery stories to provide free reusable bags for packaging customers’ groceries and take out. The bags read: “Hungry for Parks? Congress Can Deliver. #FundLWCF” and call on Congress to include full funding for the Land and Water Conservation Fund.

LWCF is a simple idea: that a portion of offshore drilling fees should be used to protect America’s land and water, creating and supporting parks like Kenilworth Park and Aquatic Gardens. The program is authorized to receive up to $900 million each year, but every year these funds are diverted elsewhere. We are hungry for parks; and our parks are hungry for their fair share. 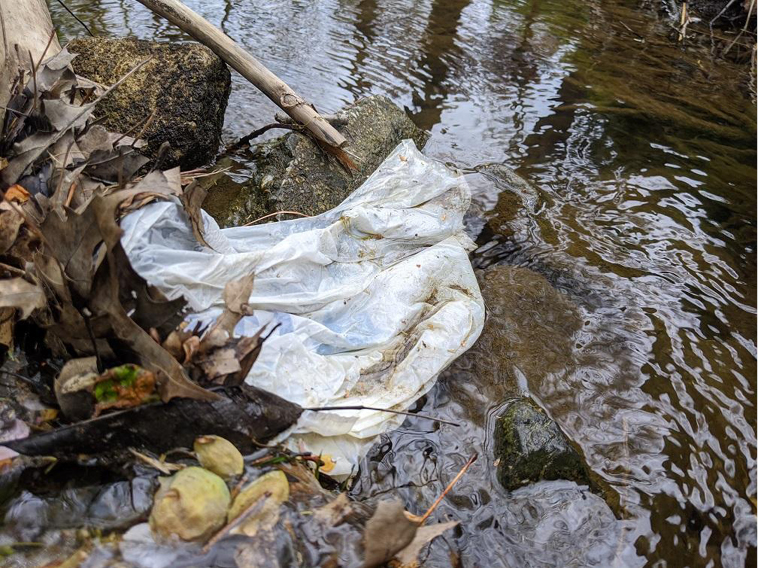 Maryland’s legislative session wrapped up very early this year due to COVID-19. Unfortunately, this meant that a lot of legislation did not make it through, and most of the legislation Clean Water Action was working on stalled this year. Maryland has a once-a-year, ninety day legislative session that meets everyday from the beginning of January until the beginning of April. When the General Assembly comes back into Session in January 2021, work will continue on many of the bills that from the shortened 2020 session.

Chlorpyrifos: This priority bill passed both chambers before the General Assembly adjourned early. Chlorpyrifos is a very toxic pesticide that the EPA was in the process of banning before the Trump Administration reversed course. While many pesticides can be used appropriately, with the right gear, in the right season, and with the correct precautions, chlorpyrifos cannot. It is far more toxic at far lower doses than other pesticides. Governor Hogan vetoed this bill, deciding to ban chlorpyrifos by regulation instead of law. The General Assembly is considering overriding this veto in order to guarantee the backstop of a legislative ban — regulations can be undone with little accountability.

Septics: Clean Water Action was focused on two bills this year to improve accountability in the septic industry. The first highlighted the people who inspect septic systems when a property is sold. Right now, they have to take a one day course, and homeowners have found out the hard way that there is no recourse if an inspector bungles the inspection.Septic system repairs can cost upwards of $50,000. The second bill creates broader licensing for the septic industry at large. The plumber, electrician, and home painter are all licensed — but not the person who designs or installs your septic system. We feel that an industry that has such a critical role determining whether a home can be inhabited should have similar accountability as the industry that paints it. Neither bill made it through both House and Senate before Session ended early.

Solid Waste: Clean Water Action worked on three bills to shift Maryland away from trash incineration and toward zero waste policies: ending subsidies for trash incineration, closing the loophole that allows incineration to count as recycling, and requiring large generators of organic waste to send those materials for composting or food rescue, instead of incineration or landfilling. Each had strong community support from across the state but faced strong industry opposition; none passed during the abbreviated legislative session.

Fighting for Forests: Last fall and winter, Anne Arundel County and Howard County passed strong, localized forest conservation bills that better protect their remaining forests. This summer, Frederick County will consider two bills to protect its forests: amending the zoning code to protect significant forests and other sensitive environmental features from development, and updating the Forest Conservation Ordinance to require that every tree that gets cut down for development gets replaced. After years of stalling in Annapolis, it is fantastic to see Maryland counties leading the way on forest protection.

Across Virginia and the country, we are all struggling to cope with the new reality that is COVID-19. New spending on green infrastructure and other conservation programs in the Virginia state budget were postponed as a result of the current health and economic crisis. Despite these setback, we continued to make progress during Virginia’s legislative session on safer statewide chemical and health policies, including:

Toxic chemicals are found in many products, such as clothing, carpets, furniture, firefighting foam, adhesives, and food and beverage containers. PFAS-treated food packaging is a major source of human exposure to PFAS via contaminated food and drinking water. Delegate Elizabeth Guzman introduced legislation ultimately approved by Governor Northam to study the occurrence of PFAS and other chemicals in the Commonwealth’s public drinking water. Delegate Sally Hudson introduced legislation to restrict the sale of food packaging containing PFAS. Though the latter bill had broad support from environmental and health advocates, the House Agriculture, Chesapeake and Natural Resources Sub-Committee on Agriculture unfortunately voted to postpone consideration of the bill until the next regular legislative session. Much of this was due to the fact that legislators weren’t familiar with this issue.

There’s still much work to be done to fix the Commonwealth’s chemical laws and find safer alternatives to the chemicals in everyday products. Clean Water is educating decision makers and the public about the impacts of these chemicals and calling for action on products, water monitoring and treatment, and the leaching of PFAS into our air, soil, or water. In the face of limited federal action under the Trump administration, we’re pushing for a comprehensive statewide strategy in the Commonwealth for addressing current PFAS contamination and restricting the future use of these chemicals in favor of safer alternatives.

Thank you to all of our members who took action on bills that made it through both chambers and to the Governor’s desk. The real power comes from people — Americans who are passionate about protecting our natural resources, safeguarding our communities, and ensuring public health. When we stand together, we will create a clean energy economy, good jobs and make our communities healthy. 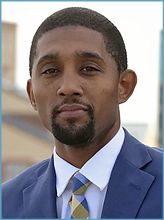 Maryland had its primary on Tuesday, June 2nd through voting by mail. This was the first large scale election in Maryland that used vote by mail, and there were several places where the election fell short: Baltimore City ballots were mailed late, wrong ballots were issued to some blocks, printing errors made some ballots uncountable, the six polling places experienced long lines, and results were reported incorrectly and were delayed.

This year in Baltimore City, almost all local offices were up for election, and multiple hotly-contested races across the city stood poised to shape the city’s future. We were proud to endorse a set of candidates posed to shape a better Baltimore City, and we’re thrilled that nine out of our ten endorsed candidates won their campaigns: Brandon Scott for Mayor, Bill Henry for Comptroller, and Zeke Cohen, Ryan Dorsey, Mark Conway, Sharon Green Middleton, Kristerfer Burnett, John Bullock, and Odette Ramos for City Council. Even though coronavirus stopped us from canvassing door-to-door for these candidates, our team and volunteers reached out to thousands of our members via emails, calls, and texts to let them know about these clean water candidates, and we’re looking forward to working with each of them in office for public health and environmental protections in Baltimore City.

3.  Use non-toxic mosquito repellents. Lemon eucalyptus is both effective and CDC approved.

4.  Minimize your exposure by being aware of peak exposure times (dawn and dusk) and wear light colored clothing that minimizes exposed skin. Mosquitoes use sight, smell, and heat to find their next meal — they can see dark colors better than light.