Polluters Bear No Responsibility While Michigan’s Water and Communities Suffer

In Antrim County, an estimated 13 trillion gallons of groundwater are contaminated with trichloroethylene (TCE). As of 2016, the state has already spent more than $20 million on remediation and clean water access efforts in the County.

In 1985, the toxic chemical dioxane was discovered in residential drinking water wells in Washtenaw County. The plume is still there to this day, with the threat of the plume reaching drinking water sources growing more ominous everyday.

One of the fastest growing concerns regarding water contamination is PFAS, a class of thousands of chemicals that are harmful in very small amounts. As of May 2019, Michigan has identified more PFAS contaminated sites than any other state in the nation. From Gwinn to Rockford to Howard Township, we are finding new sites all the time. 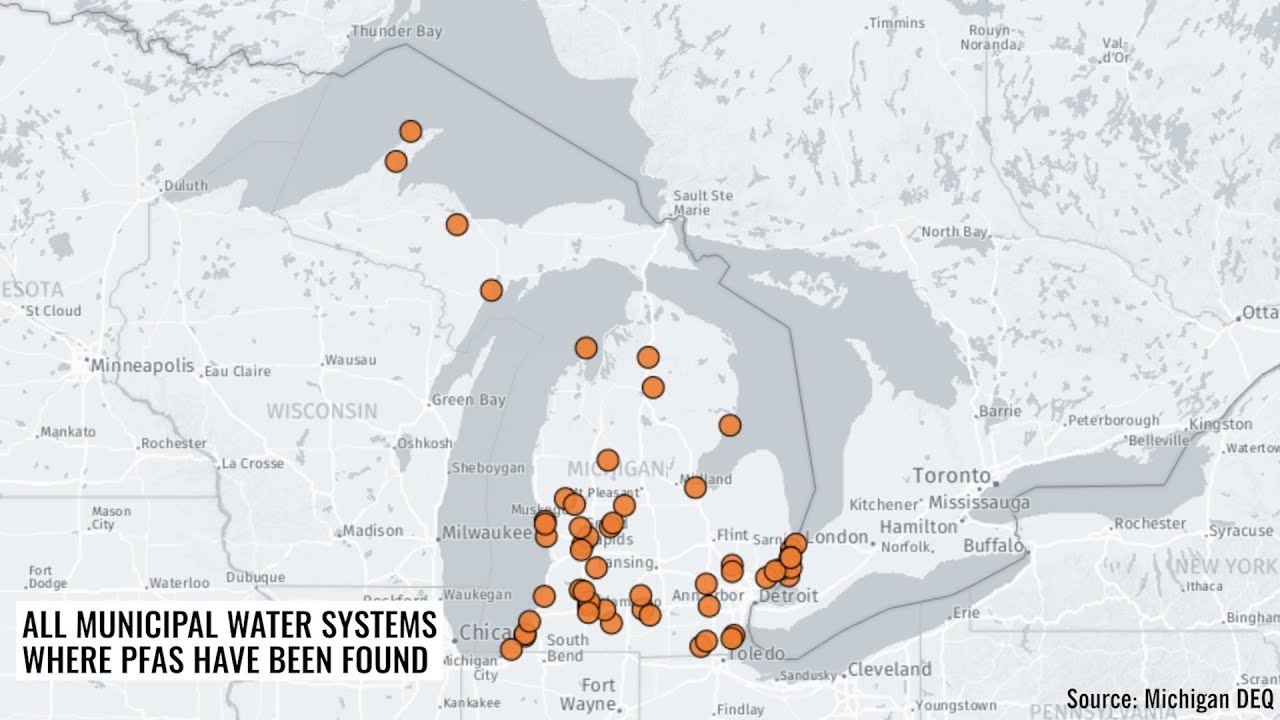 Michigan taxpayers’ money is funding the ongoing cleanup efforts at these polluted sites because state law makes it very difficult to hold those polluters who caused the contamination accountable. As of 1995, the state has to prove in court that a company is liable for contamination before they are required to spend any money on cleaning up the mess they created. We must put healthy communities and a clean environment ahead of corporate interests and make polluters pay again.

From 1990 to 1995, Michigan taxpayers saved more than $100 million due to laws that made polluting companies financially responsible for cleaning up their contamination. In February of this year, Senator Jeff Irwin and Representative Yousef Rabhi introduced identical bills, HB4212 and SB116, in the State House and State Senate that would hold  corporations accountable for their impact on our environment and communities again. Join Clean Water Action in asking Michigan State Senators and Representatives to support these commonsense bills and pushing Senator Rick Outman and Representative Gary Howell to hold hearings on these bills in their respective committees. 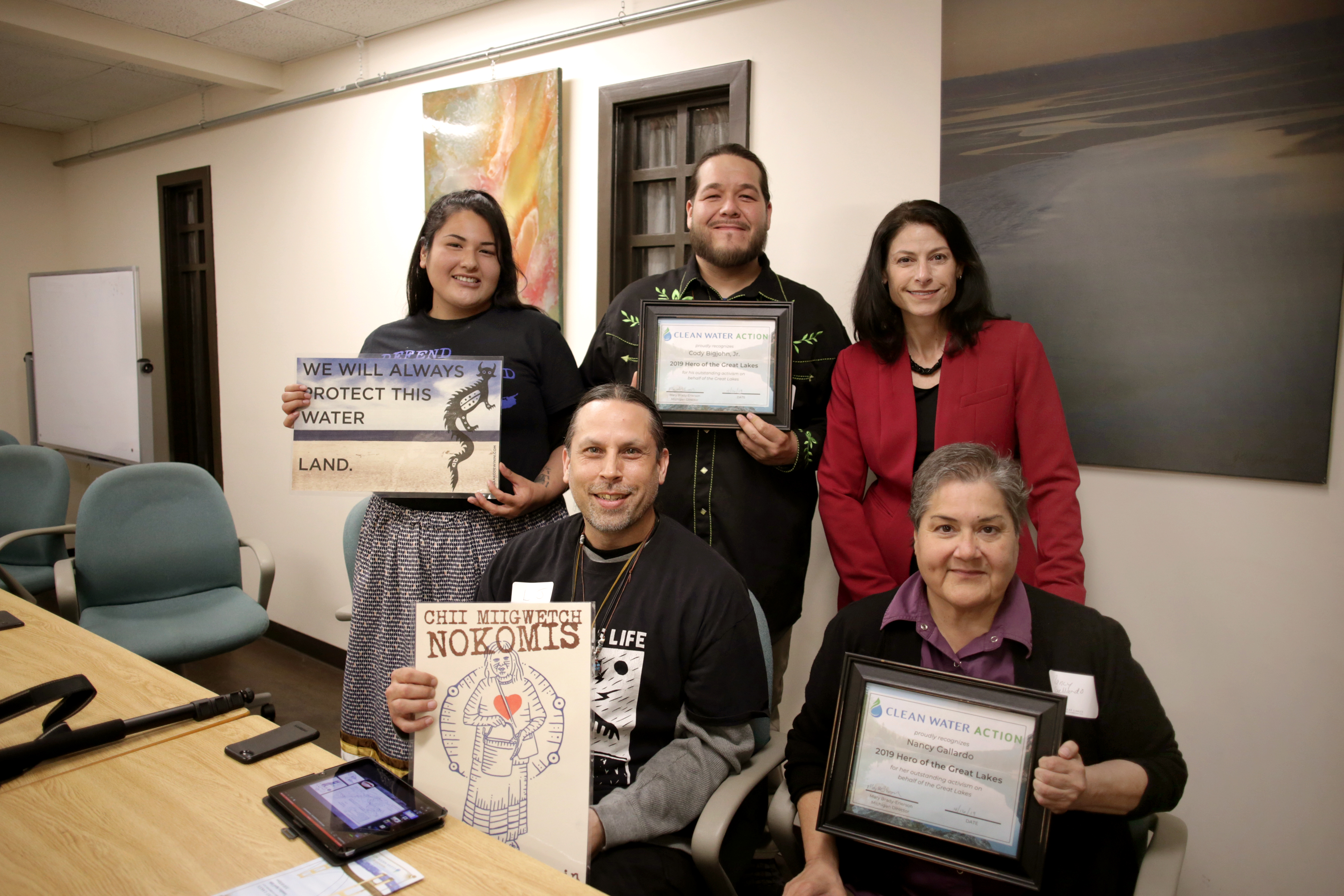 Clean Water Action hosted its annual Great Lakes Awards Celebration in April at the Allen Neighborhood Center in Lansing.  More than 125 members and friends came out to celebrate and honor the 2019 award recipients. The honored guests were: State Representative Yousef Rabhi, The “Water Protectors” (three members of the Indigenous community that have been on the frontlines of the fight to shut down the Line 5 pipeline) and two Clean Water Action field organizers, Sydney Burke and Zach Strader. Attorney General Dana Nessel attended the event and gave a fiery keynote address following the awards presentation. With the support of all our generous supporters and sponsors, the organization exceeded its fundraising goal. Thank you to all of the sponsors!

Special thanks to our event sponsors for their generous and ongoing support of our work:

Launched in May 2019, Title Track is a nonprofit that aims to engage creative practice in building social-ecological systems that support clean water, racial equity, and youth empowerment. It was founded by Michigan singer-songwriter, and activist Seth Bernard, who provided the entertainment at this year’s GLAC. Title Track offers a wide variety of programming that builds on Bernard’s lifetime of music-making, community organizing, and advocacy for the environment and social justice. Clean Water Action is excited to work with this new organization. You can learn more at titletrackmichigan.org

In early June, negotiations between Governor Whitmer and Enbridge Energy failed to produce a deal that would be acceptable to both sides concerning the future of Enbridge’s Line 5 pipeline. Negotiations broke down as Enbridge filed a lawsuit against the State of Michigan, challenging the validity of Attorney General Nessel’s opinion that PA 359, the lame duck Line 5 tunnel law from 2018, was unconstitutional.

On June 27th, Attorney General Nessel filed for summary disposition in that case. She also filed a separate lawsuit, People of Michigan v Enbridge Energy, which argues that the easement granted in 1953 is invalid because it violates the public trust doctrine as well as the Michigan Environmental Protection Act. This is exactly the kind of action we have been fighting for over the last six years. Elections matter, and Michigan finally has an Attorney General who recognizes the importance of standing up for Michigan residents, and the Great Lakes which define our state.

While we celebrate the news from this week, it is important to realize that this fight is far from over. Enbridge, along with their allies in the Michigan Chamber of Commerce, the Building Trades Council, and the Operating Engineers union, are spending millions of dollars right now trying to influence Michigan lawmakers. They are doing everything in their power to try to force an oil tunnel through the Straits of Mackinac on Michigan residents, despite the dangers to our warming climate, and the dangers to our Great Lakes.

Attorney General Nessel’s action in late June is a moment of political courage, and we should all celebrate the years of action from Clean Water Action members and our allies around the state without which this never would have moved forward. After taking a moment to celebrate, pick up the phone, call your State House Representative and State Senator and tell them in no uncertain terms that a Mackinac Straits oil tunnel is unacceptable.

Will Lawmakers in Lansing Take a Stand for Our Water? 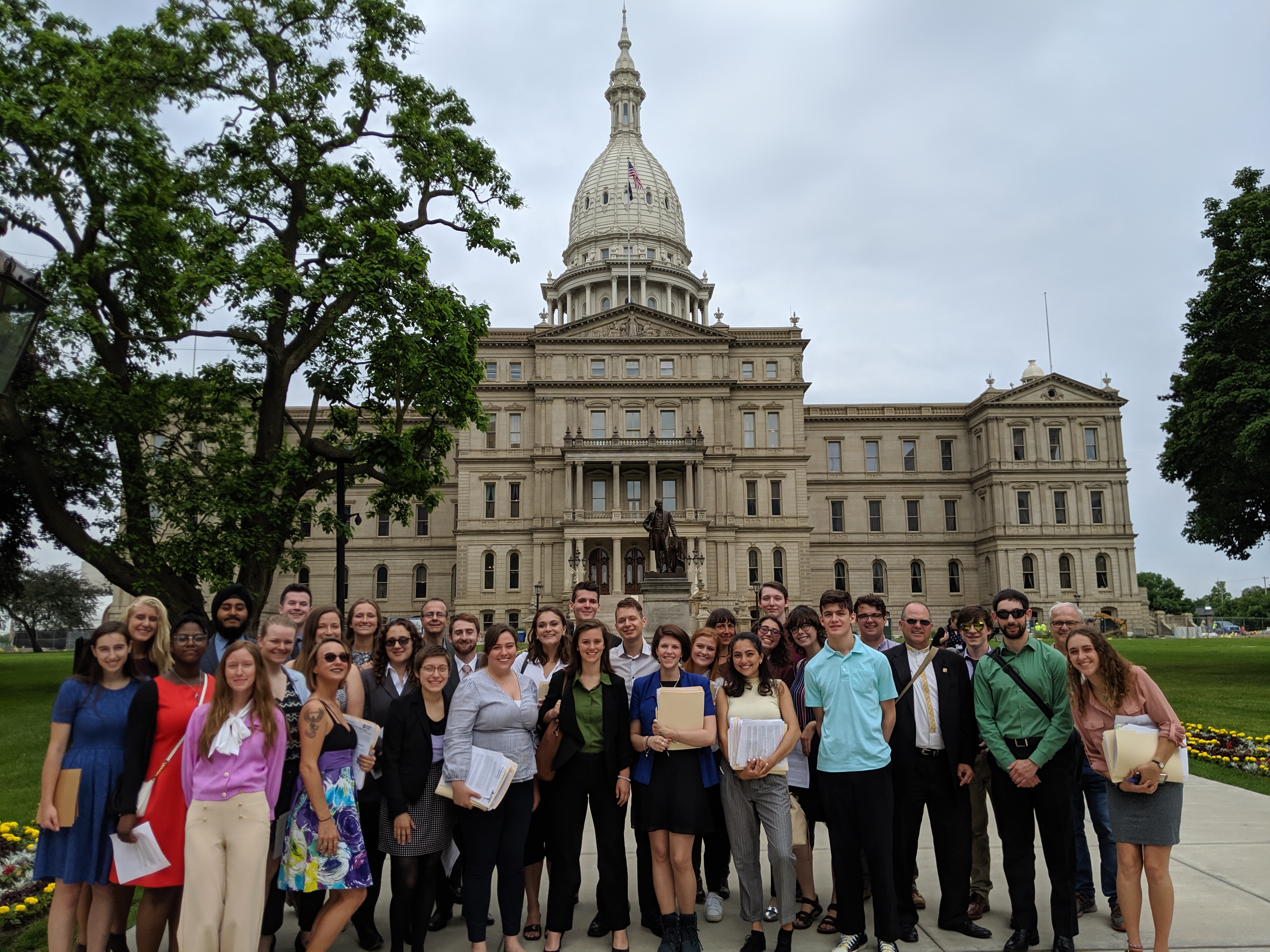 As lawmakers prepare to leave for summer recess, they leave budget negotiations in full swing. This March, Governor Whitmer put forward an ambitious budget proposal aimed at fixing Michigan’s roads, improving schools, and ensuring that every Michigan household has clean, safe, and affordable drinking water by 2030. Since then, State House and Senate leadership have each produced their own budget plans, but neither rises to the level of need. A crucial piece of Governor Whitmer’s proposal is that in creating new revenue for road funding, it enables the administration to reverse the Snyder-era shell game in which general fund revenue was spent on roads, and education revenue was spent filling gaps in the general fund.

Fixing Michigan’s roads and ensuring that all residents have access to clean, affordable drinking water were clear priorities for Michigan voters in 2018. Now it is up to State House and Senate leadership to work with Governor Whitmer to make that happen. Unfortunately they have chosen to play partisan political games so far instead. While Governor Whitmer has a clear plan that will fix the roads while freeing up general fund revenue for general fund purposes, like rebuilding our water infrastructure, no clear plan has even been proposed by legislative leaders. Even with one-party rule, House and Senate leadership haven’t produced a coherent plan for fixing our roads and addressing our water issues, despite the fact that these were major priority for voters across the state.

Governor Whitmer has stayed strong, insisting that she won’t sign a budget that does not rise to the level of need. It is time for legislative leaders to put partisanship aside and work together to pass a budget that puts Michigan residents and the water sources we rely on first.

Connecting Grand Rapidians to Their River

Clean Water Fund partnered with the City of Grand Rapids, LGROW and Grand Rapids Whitewater on a project to gauge residents’ interest in, knowledge of and support for the Grand River Revitalization project. This multi-year capital project seeks to improve the quality and accessibility of the Grand River and increase use by residents. Clean Water Fund staff engaged in over 10,000 face-to-face conversations with residents and collected over 2,500 surveys. Stay tuned — full survey results and analysis will be available soon on our website.