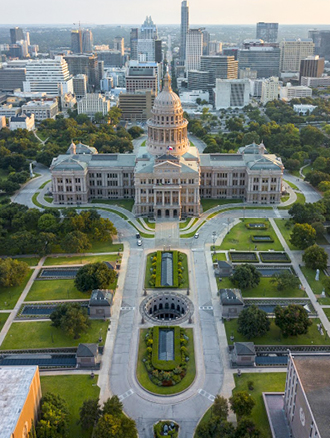 After exhausting every other means to derail Senate Bill 7, a proposal to impose new barriers to the freedom of Texans to vote, Democrats in the House of Representatives killed it in dramatic fashion by leaving the chamber on the eve of the session’s last day. This deprived the House of the quorum required to take action. However, Gov. Abbott has now convened a special session to compel the legislature to again debate rules to make it harder to vote.

Texas already has some of the nation’s most restrictive voting laws and one of the lowest participation rates in elections. Even the Texas Secretary of State — himself appointed by Gov. Abbott — has said that the 2020 Texas elections were “smooth and secure.”

Nevertheless, the version of SB 7 that came before the House on May 30 would have curtailed early voting hours, banned overnight polling locations, prohibited drive-thru and mega-voting locations, prevented local authorities from proactively sending out mail-in ballots, and enhanced access for partisan poll watchers. These measures would be especially burdensome for voters of color in urban areas.

Free and open elections, accessible to all, is a cornerstone of democratic government. States should focus on protecting the freedom to vote, not place additional barriers to it. Instead of ensuring that all voices can be heard, Gov. Abbot and his legislative allies are working to pass an onerous anti-voter bill. Clean Water Action urges you to contact your state representatives and senators and urge them to oppose this shameful action.

The For the People Act is Critical for our Democracy!

The US Congress needs to act NOW to prevent Texas and other states from eroding the ability of voters to participate in fair, open elections. The US House of Representatives passed HR1 in March, and a Senate vote is expected by August 2021. Please email your US Senators here and urge them to support HR 1/S1!

This year’s regular session of the Texas Legislature did little to protect clean water. House Bill 4146, which would have kept sewage effluent out of our state’s remaining pristine creeks, cleared the House but the Senate refused to act. HB 2716, which would have enabled the Texas Parks and Wildlife Department to weigh in on proposals to discharge effluent into creeks that flow through state parks, also passed the House but died in the Senate.

Even when treated, sewage effluent contains phosphorus and other pollutants that can choke waterways with algae, deprive the water of oxygen, and kill fish. Recycling this effluent for irrigation, toilet flushing and more is a proven alternative that has the added advantage of stretching limited water supplies. As population increases, ordinary Texans and advocacy organizations find themselves compelled to expend resources fighting a brushfire of applications for discharge permits that threaten local waterways. The failure of the Legislature to act assures that this dynamic will continue.

Clean Water Action will continue to work with its members and its allies in the No Dumping Sewage coalition to protect our pristine creeks.

In response to Winter Storm Uri that caused lengthy blackouts and boil water notices on much of the state in February, the Texas Legislature took halfhearted measures that fall well short of what experts advise say is needed. Senate Bill 3 requires that power plants and transmission lines be weatherized to better withstand future catastrophic storms, but leaves the timing and oversight of this critical step in the hands of the Public Utility Commission. SB 3 also fails to hold natural gas production to the same expectation. Gas infrastructure — including pipes that provide fuel to power plants — must only be weatherized if deemed ‘critical’ by the Texas Railroad Commission. The RRC is notorious for pandering to the interests of the oil and gas industry. SB 3 also fails to require that new buildings be more energy efficient, which would lower future energy bills as well as build resilience to extreme weather, and it is silent on how to pay for weatherization — leaving consumers on the hook for funding it through higher bills.

The legislature also failed to connect the Texas grid to the other two national grids. These interconnections would allow power to flow into our state from the rest of the nation when needed and boost the Texas economy by enabling the export of clean energy from Texas’ burgeoning wind and solar sectors. Fortunately, provisions that would have severely undermined wind and solar by requiring them to foot the bill for adding reserve power to the grid were removed from the final version of SB 3.

The Austin City Council is poised to approve soon to a suite of measures that will save water customers money, build resilience to climate change, and confirm Austin’s position as a leader among North American cities on water conservation. These initiatives will require new developments of 250,000 square feet or more to capture and reuse AC condensate, rainwater, stormwater and eventually grey and blackwater onsite for irrigation, toilet flushing, and more. Using these onsite water streams for non-potable purposes will help stretch supply in the drought-prone region, reduce energy use associated with procuring, treating and distributing water, and help keep water bills in check. Retaining rainwater and stormwater onsite has the added advantage of mitigating flooding and limiting the amount of polluted runoff into local waterways. These measures, long championed by Clean Water Action, are part of the city’s long-range water supply plan called Water Forward.

New buildings will need to be dual plumbed for this approach to work, with one set of pipes for potable and another for non-potable water. The increased upfront costs for dual plumbing can be offset by reducing the amount of potable water the building — and its residents — need to purchase from the city. This strategy can also save all ratepayers money by delaying the time when Austin will have to make additional payments to the Lower Colorado River Authority (LCRA) for the water it takes from the Colorado; in 1999, Austin pre-paid LCRA $100 million for water withdrawals, with no further payment required until withdrawals average 201,000 acre-ft over any two-year period. Once this threshold is reached, the $100 million is considered spent and Austin will have to pay for withdrawals at market rates — which would currently cost the city about $8 million per year. While water piped in from other regions (such as the Carizo-Wilcox Aquifer to the east) would count towards the trigger, water saved through reuse and conservation measures does not. Conservation has already postponed the payment trigger and these new steps can help postpone it for decades to come.

Austin supporters can email their mayor and city council here and tell them to pass these money-saving, water conserving measures on July 29! 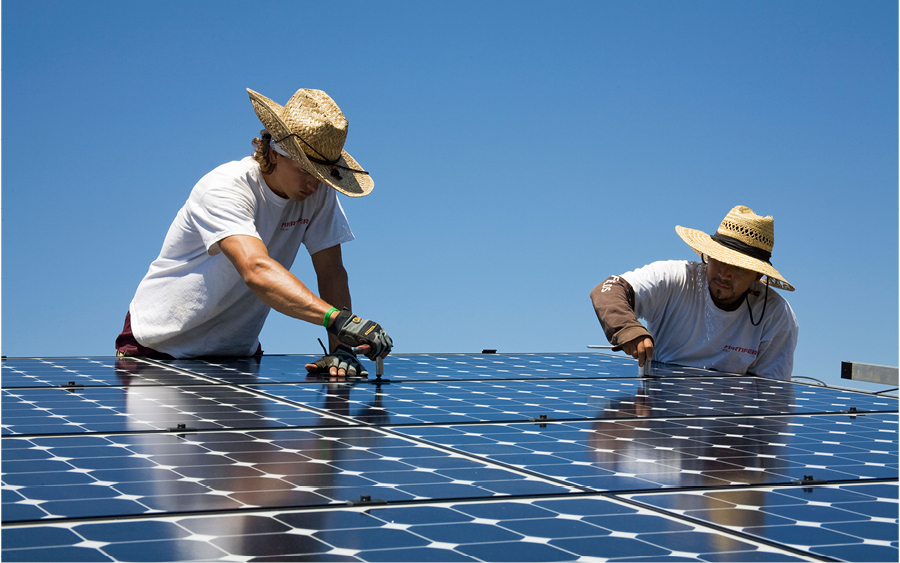 The board of the Pedernales Electric Co-op (PEC) recently approved new policies that undermine the ability of its members to install solar panels on their homes. PEC is the largest consumer-owned electric cooperative in the nation serving over 350,000 in a vast area stretching from Austin-area suburbs all the way to Junction. The policies impose a new $650 application fee, a time-of-use rate only on solar customers, and a “demand charge” only on current and future residential members with solar. These steps punish PEC customers who have already made good-faith investments in solar by reducing the credit they receive for the power their panels produce, delaying the payback period. They also erect needless barriers to other members considering solar.

This is the wrong time to undermine support for solar. Solar performed better than natural gas or coal during the recent winter storm emergency that cut off power to millions of Texans, and expanding renewable energy is critical in the fight against climate change. No state stands to benefit more from investments in renewable energy than Texas. If you are a PEC member, please send an email to the board and ask them to reverse these attacks on clean, renewable solar energy.