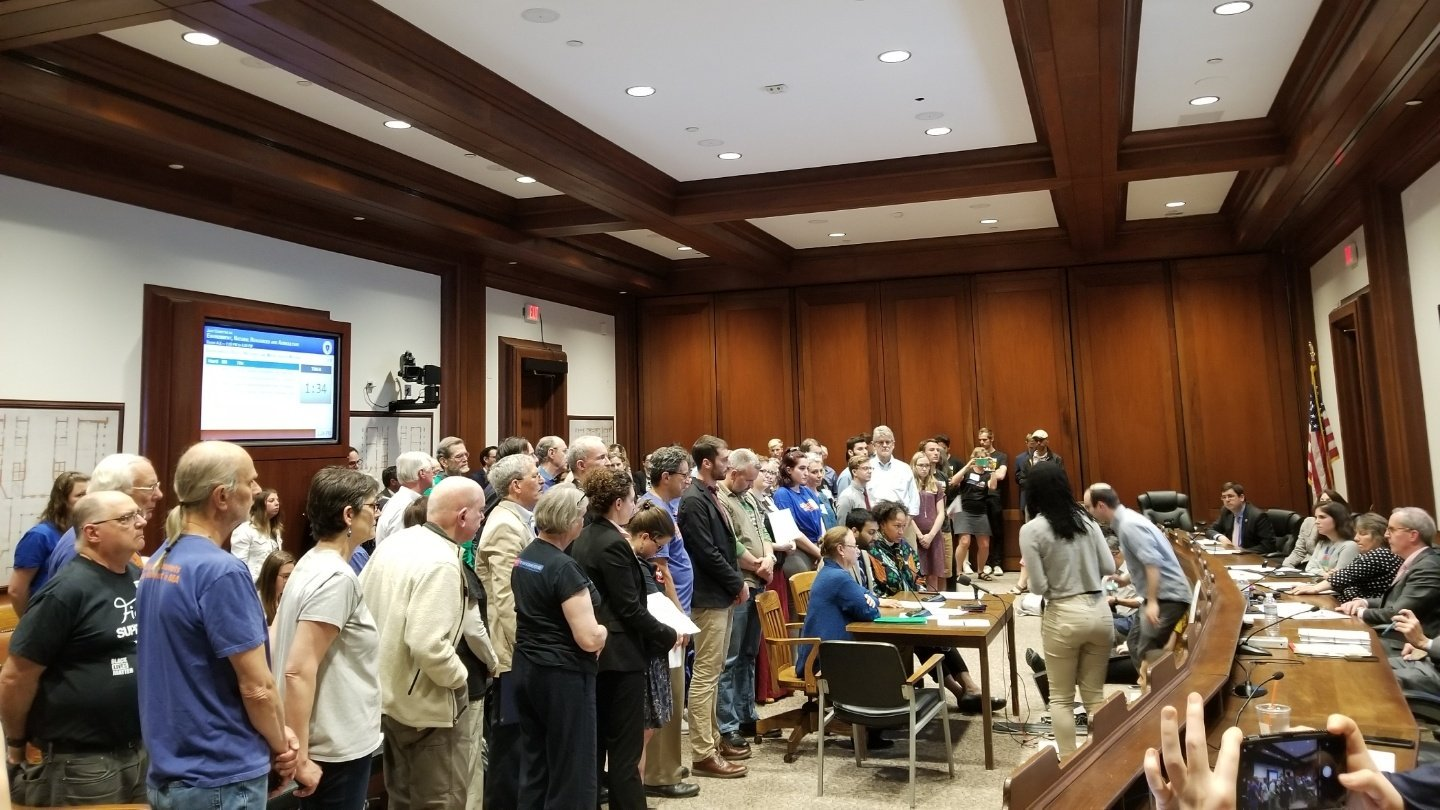 Showing up for Environmental Justice

Last week, Clean Water Action participated in the Joint Committee on Agriculture, Natural Resources and Environment Hearing at the State House. This was a powerful hearing that featured environmental justice (EJ) organizers from multiple communities across the state telling their stories of being left out of public processes and fighting dangerous infrastructure.

The focus of our group of advocates was an environmental justice bill that has been filed multiple times in the past and has two different versions this session. The bills would add the term “Environmental Justice” to law, along with definitions and classifications that give “Environmental Justice Communities” extra protections and access to funding. State legislators who sponsored the bills spoke on their personal struggles growing up in communities affected by significant environmental injustices, including Representative Liz Miranda of Roxbury and Dorchester who said that her community was so polluted that two movies were made about the EJ issues in her neighborhood.

I was honored to represent the Mass Power Forward coalition, a broad-based environmental coalition, co-led by Clean Water Action, that has roughly 200 member groups and environmental leaders. During my testimony, I invited members of the coalition to stand behind me in solidarity as I explained that the environmental movement is putting environmental justice first and foremost. They nearly filled the room! (see photo above.)  Then, in an unusual and striking move, Rev. Mariama White-Hammond transformed the hearing room by singing a powerful rendition of “Somebody’s Hurting My Brother,” and the whole coalition joined in.

Often, public hearings reinforce the same power dynamics that contribute to disenfranchisement and injustices in society. Last Tuesday, we tried to flip the script and take over the hearing room as respectfully as possible. This created a strong visual (and auditory!) impact that is hard to achieve in the most well-attended public hearings. Rather than present individual testimony, we stood together as a unified coalition before the committee members and to show our collective power.

Frontline communities have been fighting the consequences of pollution for generations already. The climate movement has historically left out the same communities that are the first to suffer the effects of climate change. Sadly, when it comes time to act on environmental equity, it is an afterthought for decisionmakers who never had to deal with environmental hazards or injustices. We have environmental justice policies that Governor Baker is supposed to implement, but has chosen not to since entering office in 2014. Without protections for the most vulnerable communities, they will become sacrifice zones that are the last to be cleaned up. We need environmental justice policies to fight climate change, and if we want to make a carbon free future, we need to bring everyone along.